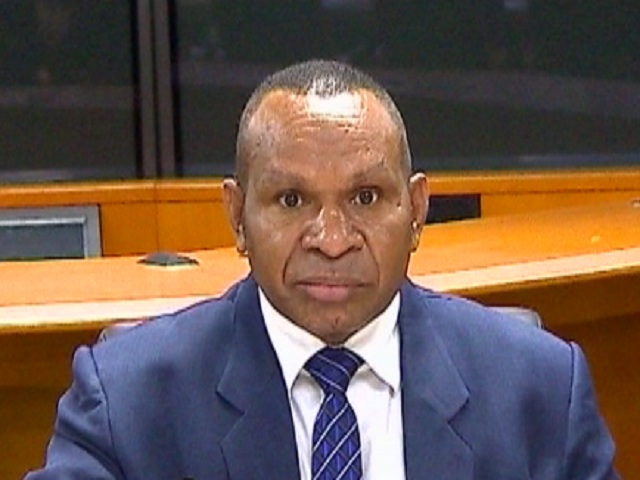 Opposition leader, Belden Namah, stormed out ofthe Parliament on Friday in Protest over what he called suppression of Parliamentary privilege.

It happened when he was prevented from asking questions on payment of millions of kina to a private law firm for services tothe government.

It was towardsthe end of question time inthe house whenthe opposition leader was giventhe floor bythe speaker. Before asking his questions, a quick comment onthe predicament of numbers inthe opposition giventhe recent crossings tothe government;then he got down to business and began firing away on a huge sum of money, more than seventy million kina paid to a private law firm between last year and this year for services rendered tothe government.

As Mr. Namah began a point of order was raised. The Speakerthen explained that a court order onthe matterthe opposition leader was referring to is in place restraining public debate.

Immediately after, Mr. Namah held a news conference where he was pointed and loud and against corruption in Papua New Guinea

The order is basically to prevent debate publicity or futher legal action. It is putting a lid on an issue that already appears to be very public.

Nukundj calls for surveillance at all PNG ports