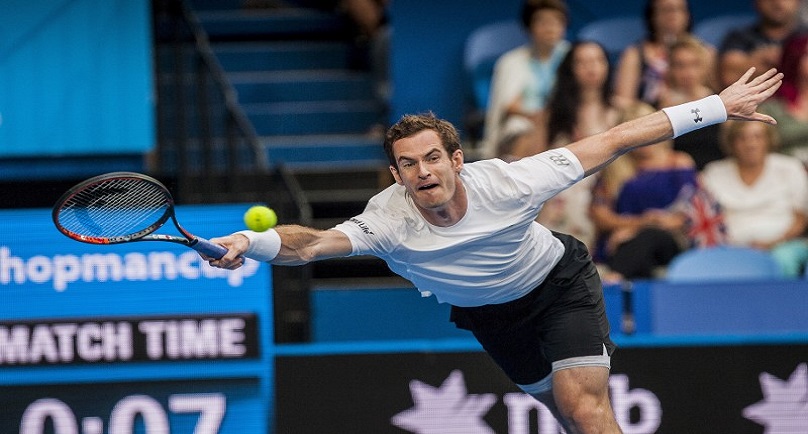 Image: Britain’s Andy Murray dives for a return shot during his singles match against France’s Kenny de Schepper during the Hopman Cup at the Perth Arena, January 4, 2016. REUTERS/Tony McDonough/AAP

(Reuters) – Andy Murray’s preparations for this month’s Australian Open suffered a setback on Wednesday when the world number two went down in straight sets to local favourite Nick Kyrgios at the Hopman Cup in Perth.

Murray, who led Britain to their first Davis Cup triumph in 79 years just over a month ago, stormed past France’s Kenny de Schepper in his opening match of the mixed teams event on Monday but did not seem to be at his 100 per cent against Kyrgios.

The 20-year-old Australian, ranked 30th in the world, had never won his previous four meetings against Murray, including three losses in grand slams last year.

But he salvaged some pride with a 6-4 7-6(5) win on Wednesday to give his team, Australia Green, a 1-0 lead against opponents Britain.

“I did promise a few of my friends that next time I played Murray I would beat him, and there you go,” Kyrgios said at a court-side interview after his win.

“I’ve improved a lot. I’ve put a lot of hard work in over the off-season and it has paid off.”

(Writing by Sudipto Ganguly in Mumbai; editing by Amlan Chakraborty)