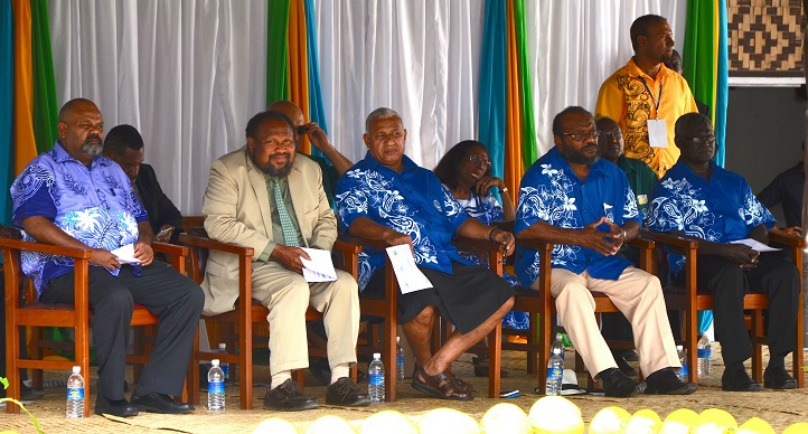 The decision was made yesterday, after a 6-hour deliberation and examination of membership applications by both Indonesia the United Liberation Movement for West Papua.

This now brings the number of MSG factions to seven, which include Papua New Guinea, Solomon Islands, Fiji, Vanuatu and New Caledonia’s FLKNS as full members, and effectively as of yesterday, Indonesia as an associate members with West Papua’s ULMWP and East Timor with observer-status members.

PNG Prime Minister, Peter O’Neill, made the announcement last night at a gala dinner hosted by Solomon Islands Prime Minister, Manasseh Sogavare, in the presence of other MSG leaders including foreign government and donor agencies.

Today, in the MSG Leaders Plenary before the closing ceremony of the 20th MSG Leaders Meet, Fiji Prime Minister Bainimarama in his opening remarks of the plenary said the West Papua issue can only be dealt with through a mandated government of Indonesia, which has an effective sovereignty over West Papua.

“Dealing with the Indonesian government is the only way to deal with West Papua – there is no other way. Although ULMWP may not be pleased with its observer-status, as it would’ve wanted a full membership into the MSG, we had to comply by MSG membership requirements. We can affiliate and endorse mandated regional governments into the MSG, and not non-governmental associations,” said the Fijian Prime Minister.

Host Prime Minister and new Chairman of the Melanesian Spearhead, Manasseh Sogavare, will make the formal announcement of the new memberships shortly.

Fiji Television Responds to Speculation on Non-Renewal of Broadcast License