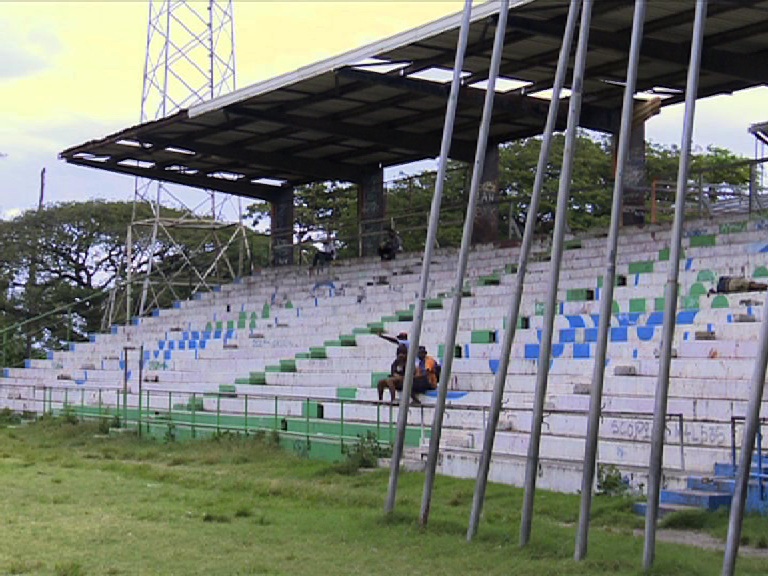 Government’stands to reclaim and develop all important assets such as stadiums, parks and sporting fields inthe country by 2015.

It was a gift from former Prime Minister Sir William Bell Skate.

It is now among some ofthe government built facilities that will be reclaimed and developed by government for the 2015 Pacific Games in Port Moresby.

“We are trying to secure some ofthe assets for the people throughoutthe country and we have started that with Port Moresby. We have compulsory acquired some ofthe assets including Besini Parade and PRL and of coursethe Sir Hubert Murray Stadium, and it’s upsetting some of our people withinthe community but I think it is important for a greater good for our future generation that this assets are reserved and maintained properly for the benefit of all citizens and not to few individuals,” said O’Neill in his address.

The Motu Koita Assembly chairman Miria Ikupu said he is not going to return this asset to government.

An eviction notice was given tothem yesterday.

A sum of Twenty Five Million Kina was offered by government tothe assembly to relocate and build new offices; however, Mr. Ikupu stood his grounds.

“Our offer tothem earlier was that we want ground lease payment of K25 million down payment and a lease annual rental of Eight Million Seven Hundred and Fifty Thousand for twenty years. That letter is in writing has never been responded to,” said Ikupu.

The Prime Ministersaidthese assets will be managed under a trust arrangement. This will includethe private sector and government agencies such asthe lands department.