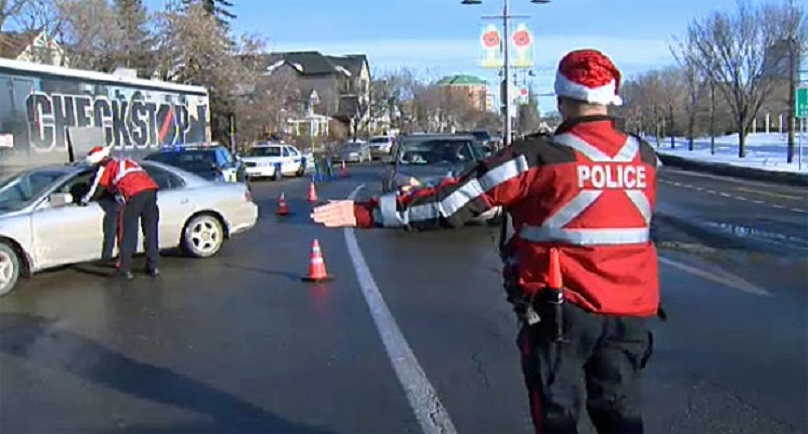 ATLANTA (Reuters) – Sheriff’s deputies in a Georgia community are targeting drivers in need of some cheer and issuing $100 bills instead of traffic tickets in a welcome holiday season surprise.

An anonymous donor gave $5,400 to launch the goodwill drive, said Monroe County Sheriff J.C. Bittick, whose deputies are passing out the bills to motorists stopped for minor traffic violations in a semi-rural area about 60 miles south of Atlanta.

“He felt like this was a good way to make everybody feel good about law enforcement and to give back to the community for Christmas,” Bittick said.

He instructed his officers to give the $100 bills to “people who looked like they could use it,” such as a woman with multiple child car seats in her vehicle, suggesting a large family.

“Can I hug you?” asked one motorist, after being pulled over by a deputy who admonished that she should be getting a ticket in a stop recorded by Macon television station WMAZ.

The idea has generated such enthusiasm that another donor pledged $5,000 to extend it into next week, the sheriff said.

The campaign follows a year in which some U.S. communities have seen widespread protests over the use of force by law enforcement after unarmed civilians were killed during police encounters.

But in Monroe County, the relationship between police and the public has remained mostly good, Bittick said, noting that a sheriff’s deputy was killed last year in the line of duty.

“The community has been so good to us since that happened,” he said. “We felt like this program was a good way to give back to the community and say, ‘Merry Christmas.'”