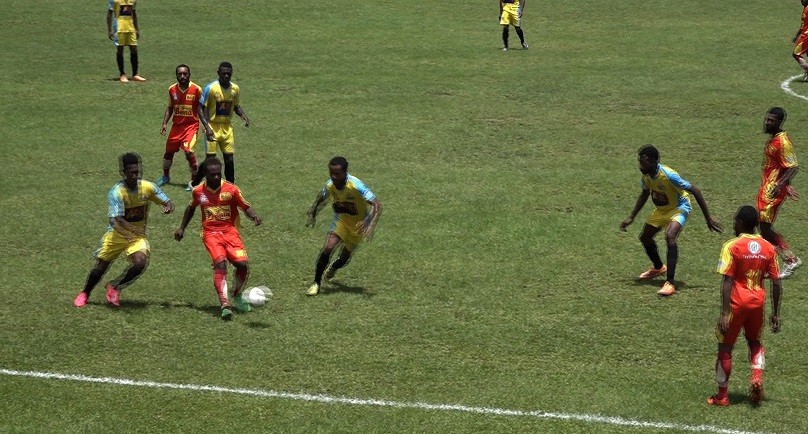 In the first game, Besta looked the stronger team as they well and truly dominated the attack.

Visiting the Admirality territory on many occasions, the men in yellow did an exceptional job of keeping the score sheet against them clean.

Both teams in a tug of war to win the match came out firing in the second half, with Besta visiting the Manus end of the pitch on nine occasions, each of which coming away empty handed.

In a disappointing end to the match, it finished without a single goal being scored.

In the second match, the first half was evenly fought until Mesi Yowi slotted home a cross in the dying minutes of the first 45.

The fight continued in the second half. A hard felt battle ended when Yowi put one more past the Goroka goalkeeper in the 65th minute.