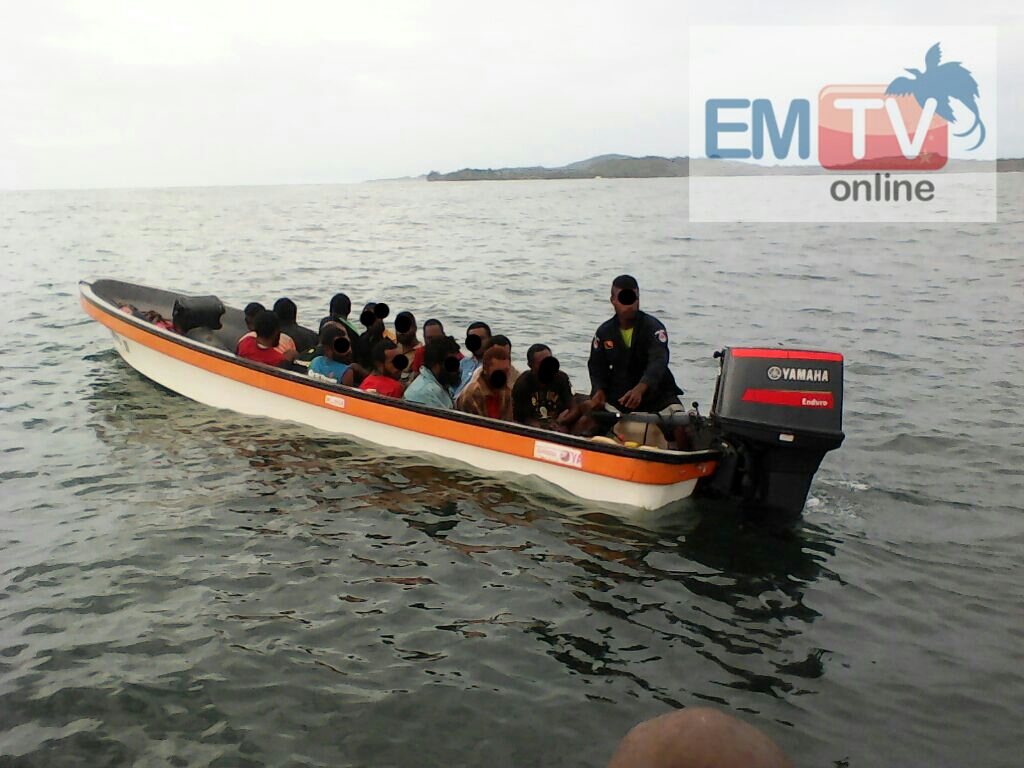 A group of men believed to be involved in a recent string of piracy attacks along the Oro-Morobe coastline have been arrested by police.

The men, in their 20s, were caught with homemade firearms and other illegal  items after police intercepted them after a hit.

These are members of the group suspected of ongoing instances of piracy and armed robbery along the Morobe South Coast and the Morobe province.

These pictures taken during the arrest  show the men after their arrest by police.

According to information provided to EMTV, they had committed another armed robbery  but were intercepted by police who made the arrest.

Instances of piracy this year have risen  prompting police and the provincial government to respond with additional resources.

The Police Commissioner, Gari Baki is due to launch a water policing unit  based at the Morobe patrol post.The idea is to provide additional police presence along the Morobe Southcoast to deter piracy activities.