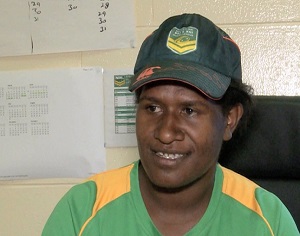 As the most popular sport in Papua New Guinea, Rugby League has seen the growth of women’s participation to the code throughout the years.

With the number of women and girls showing interest in the code, it is now being used as a tool to educate and empower women throughout the country.

At this year’s Prime Ministers XIII match in Port Moresby, a women’s match between the Southern Region and Highland was played as a curtain raiser for the event.

Cathy Neap, an NRL PNG Development officer, said it is becoming more acceptable in the community to see women take part in the sport.

Being able to play Rugby League has also given women the confidence to be seen as equal by playing a sport perceived as male dominated.

With more girls showing interest in the code, they call on the Papua New Guinea Rugby League to give them enough exposure to see them one day be able to compete in an international event.