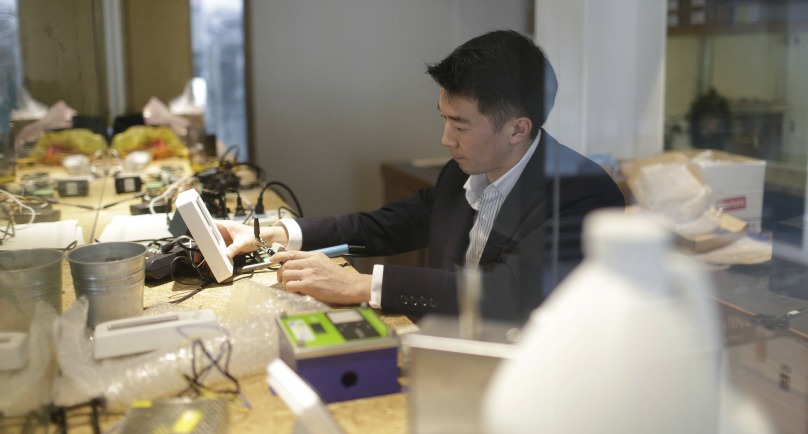 BEIJING (Reuters) – It’s not only about salaries, promotions and career prospects – many companies in China have found they need to offer cleaner air within their offices to lure and retain staff.

Air quality has deteriorated badly in China’s north and east, including in Beijing and Shanghai. Companies, especially multinationals, based in these cities are spending tens of thousands of dollars to install air filtration systems and real-time pollution monitoring devices in their offices.

“If a company is willing to reduce pollution inside, it shows it is responsible and will have good growth,” said Shanghai resident Yao Hui, who has decided to leave a Chinese furniture company where she has worked for four months after finding its office had the highest category of pollution on a measurement device she used.

“I’d still have to look for something in marketing, but a clean air environment is an important factor,” said the 24-year-old marketing professional.

Staff turnover rates are relatively high for multinationals based in China, and air pollution has been cited as the top challenge in luring and retaining talent among such companies, according to the latest business confidence survey by the European Chamber of Commerce.

A report published this month by realtor Jones Lang LaSalle and indoor solutions firm PureLiving, said 90 percent of office buildings in Beijing are not achieving substantive reductions in air particulate matter with their current filtration systems.

PureLiving’s chief executive Louie Cheng said about a third of Fortune 100 companies his company works with have now started cleaning up office air, with the majority targeting indoor particulate matter.

“The last thing we want is for someone to worry about the air they’re breathing, so it’s a great selling point for us,” said Geoff Broderick, vice president and general manager of Asia-Pacific Automotive Operations at J.D. Power.

Property developers such as Kerry Properties and Jiaming Investment Co. Ltd have implemented air system upgrades in hopes that better indoor air quality will attract more tenants, and suppliers expect their businesses to jump in 2016 – source?.

Beijing has already issued two “red alerts” for smog this winter, which see cars taken off roads and schools and factories closed.

A red alert is triggered when the government believes air quality will surpass a level of 200 on an index that measures various pollutants for at least three days. The U.S. government deems a level of more than 200 to be “very unhealthy”.

On Tuesday, the U.S. Embassy in Beijing said the index was above 500.

In Shanghai, air pollution levels exceeded 300 on the same index earlier this week.

Christine Grand, a Shanghai-based executive at a subsidiary of WPP, said in the future she would only contemplate working for firms that have made similar commitments.
“It makes you feel better about spending time in the office,” she said.

Save the Children finds rising self-harm, depression in Greek camps

Progress on global poverty and disease at risk, Gates says