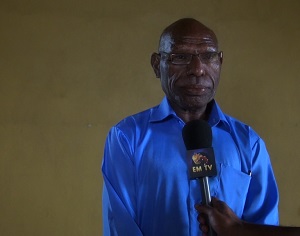 Mr. Simanjon says these reserve units are unconstitutional as they do not serve the interest of the State.

Although a verbal order has been given by the police hierarchy to dissolve Reserve Units from National Capital District Commission, and Bank South Pacific, an official notice is yet to be served.

This week, Parkop said he awaits an official notice from the Police Commissioner, but opposed the unilateral decision as a ‘Memorandum Of Understanding; between the National Capital District Commission and the Constabulary to make a platform, to reach a collective agreement.

“If the Police hierarchy continues to use the criteria of disbanding police units because of unfortunate incidents, I tell you, there won’t be any police force in Papua New Guinea,” Parkop fervently said.

But, former police superintendent, Ben Simanjon, is adamant that the reserve units do not fall within the boundaries of the Police Force Act 1998.