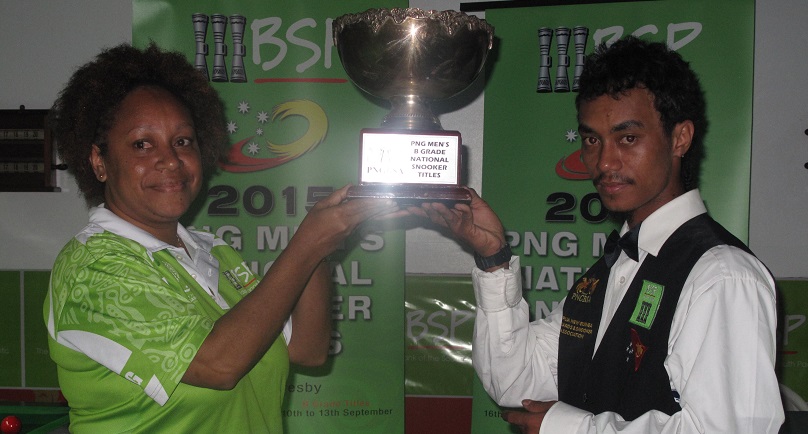 Kavieng-based, Monty Fong has taken out the 2015 Men’s Minor Snooker Titles in Port Moresby over the weekend.

Monty outplayed Randy Bray in the quarter-final before edging out Gamu Miria in the semi-finals.

Lakae on the other hand, scored a 3-nil win over Bjorne Fong and Gavera Rima in his respective quarter-final and semi-final game before facing Monty.

Lakae got off to a good start in the final, taking out the first two frames. Monty’s patience and perseverance earned him the third frame.

The game went down to the wire, as Lakae came back to take the fourth frame, however, Fong equalised by taking out the fifth and sixth frame.

Monty finished the seventh frame with a 69-points to 41, to win the Minor titles.

Month Fong and semi-finalist Randy Bray were awarded with the highest breaks of 38 during the tournament while, veteran Sam Baru was awarded Top Seeded Player.

Monty Fong will now join elder brother in a shot for the Men’s Major Titles set to cue-off tomorrow.

Pepes Qualify for the for 2014 Commonwealth Games