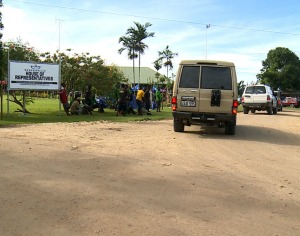 Referendum is an agenda that will be highly discussed in future Joint Supervisory Body Meetings between the National Government and the Autonomous Bougainville Government.

Momis says that the focus is referendum, an agenda that will formulate decisions for full autonomy.

Yesterday marked the first 100 days since the formation of the third Bougainville House of Representatives.

ABG’s Planning and Budgeting Framework, will be guided by the Bougainville Peace Agreement.