When Michael Somare and his peers decided they wanted to run their own country, much of the land was still unconnected by road. It was just a little over 20 years since the first outsider made contact with people in the highlands.

In preparation for that transition, Papua New Guinean soldiers who were, then, part of an Australian Army brigade, began preparing for independence. There was a lot of uncertainty as the Australian administration prepared to leave.

There were also discussions around whether or not the new country needed a military.

In Moem Barracks, Wewak, the command was also in a state of readiness.

The troops were put through two months of grueling training in preparation for possible civil unrest and for a 1000 kilometer trek that some of them would take from Wewak to Port Moresby.

“The thinking at the time was to prove that the PNG Defence Force was in support of the government. At the time, there was also talk about not having an army. This was a way to prove to the government of the day that the army would stand behind it,” says retired Lt. Col. Geoffrey Key. 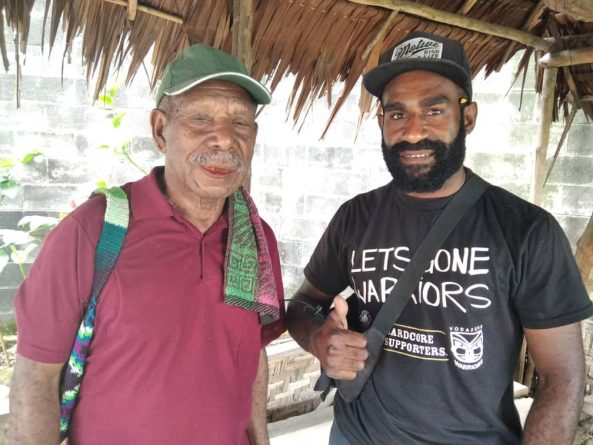 As a young lieutenant, Geoffrey Key was given command of the 15 man patrol chosen from the two months of training. They were to carry two letters to Port Moresby – one from the District Commissioner and the other from the Moem command.

“I still don’t know the contents of the letters. But I was to hand-deliver them to the Chief Minister, Michael Somare. My commander said: ‘There will be no vehicle, boats or planes. You walk out of Moem and you walk into Taurama Barracks (Port Moresby).’ And that’s what we did.” 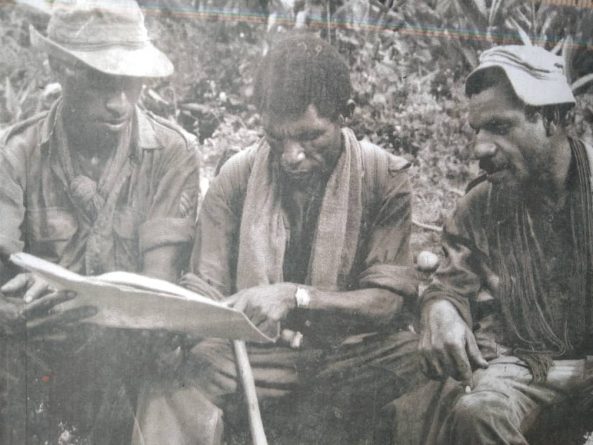 Lt. Geoffrey Key, was born in Finschhafen, Morobe Province. He attended Passam National High School where was recruited as an army apprentice. He was trained in Australia as a radio technician. During the transition period, he was sent for officer training at Portsea where he later graduated as a 2nd Lieutenant.

The journey took them from Wewak to Madang, Morobe then over the Owen Stanley mountains and into Port Moresby.

“We trained on various terrain so that didn’t worry us. We were not given food. They told us to live off the land. I chose the route so we traveled through the most populated areas so it would be easy to find the supplies we needed.”

Among the 15 men, was Private Felix Wama who joined the army in 1973. He said many people in the rest of the country didn’t understand the concept of political independence that was being decided for them.

“They didn’t have a clue. Some, like my fathers and uncles, said let Australia look after us.”
The military was still part of the Australian Defense Force. They said ‘Private Felix Wama, you have been chosen to walk from Wewak to Port Moresby.’”

Wama saw how disconnected the country was back then.

“Many of the roads we know now were all bush tracks. In Wau and Garaina, the terrain was difficult. But we eventually got to Port Moresby,” Wama recalled.

Among his most precious possessions, are three photographs and a laminated letter of commendation from the PNGDF Commander at the time, Brigadier James William Norrie. 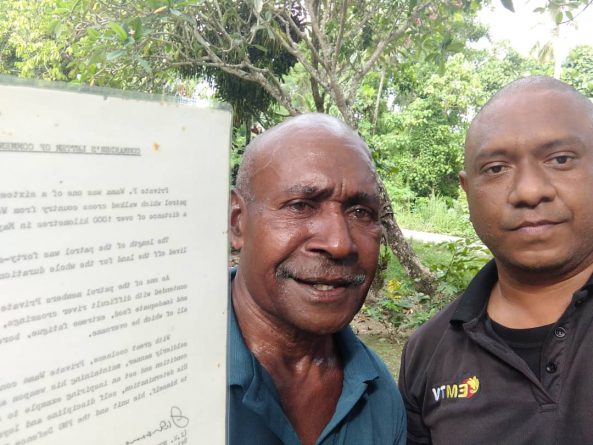 In his own words, the Brigadier spoke of a journey that took 46 days and traversed some of the most rugged terrains.

The letters were hand-delivered to Chief Minister Somare on Independence day.

Geoffrey Key continued serving in the army. In 1980, as a major, he commanded troops in Vanuatu when the PNGDF was sent to help put down a rebellion as the island nation transitioned to political independence.

Felix Wama returned from Port Moresby a corporal, recognized and promoted for his achievements. He left the army after serving for eight years.