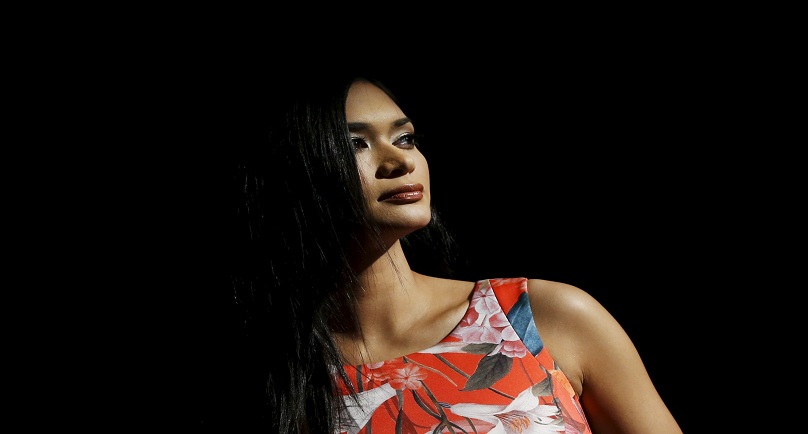 Image: Winner of the 2015 Miss Universe Pageant Pia Alonzo Wurtzbach from the Philippines, poses during an interview with Reuters in New York January 5, 2016. REUTERS/Shannon Stapleton

MANILA (Reuters) – Pia Alonzo Wurtzbach, the first Miss Universe from the Philippines in more than four decades, said on Sunday she will spend her reign bringing awareness to issues like HIV and draw support for countries vulnerable to disasters.

Wurtzbach, who spoke at the start of her week-long homecoming tour in Manila, is the third Filipina to become Miss Universe, ending a 42-year title drought for the Southeast Asian nation.

She was crowned at a controversial ceremony in December that saw the show host correct himself after first announcing Miss Colombia as the winner.

The 26-year old Filipino-German actress was greeted by adoring crowd at Manila airport on Saturday. Dressed in a black knee-length silk, she engaged with the media on Sunday, answering questions ranging from her pageant experience, advocacies, failed love life and even the desire to become the first Filipina Bond girl.

“To be back here now with the crown is the happily-ever-after that I’ve been dreaming for a lifetime,” said the titleholder, who admitted to sleeping beside the $300,000 gem-encrusted crown after her victory.

Wurtzbach entered the global pageant after three attempts to bag the Philippine crown, striking a chord in the heart of the Filipino masses. “I hope my story could become an inspiration of determination, discipline, faith and hardwork,” she said.

Wurtzbach, who said she was willing to undergo HIV testing to demystify the stigma of the disease, said detection allows patients to get proper treatment and help them live normally.

Raising funds for disaster relief will also take up her time, Wurtzbach said. Natural disaster is a key issue in the Philippines, which was ravaged in 2013 by typhoon Haiyan, the strongest on record to hit land – it killed over 6,300 people.

The Philippines is crazy about glitz and glamour, with numerous pageants dedicated to babies, children, youth, men, women, lesbians and gays organized by small communities and private groups.

Filipino candidates have made the top 10 in Miss Universe pageants for each of the past six years.

“I have confidence in the girls that they’re going to do well considering the training we have here and inspiration that winners will be giving to them,” Wurtzbach told Reuters, speaking about the country’s performance in coming pageants.