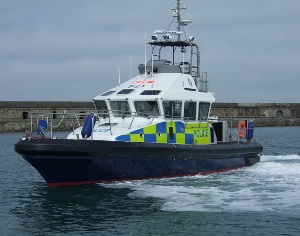 The Milne Bay Governor, Titus Philemon, had called on the Police Department to purchase new boats for provinces.

Governor Philemon made the call after a number of piracy cases were reported to Milne Bay police.

Philemon said though his administration assists in providing communication equipment and transportation; he wants the Police Department to look into getting boats for Milne Bay.

“The lack of boats for police officers in maritime provinces is creating at opportunity for robberies to occur out at sea”, Philemon said.

He said the police boat that was used by Milne Bay police is no longer operating, and asked the police department to address the lack of police boats with urgency.

In response, Minister Atiyafa said the concern will be discussed with Police Commissioner Gari Baki, and the Police Department will look into addressing that concern not only in Milne Bay, but also in other maritime provinces.

“I was in some of the maritime provinces and I can also say many police boats are not in operation anymore and that is the same for the police housing”, Minister Atiyafa said.

The issue on the lack of police boats and water police was briefly highlighted by Commissioner Baki during his first address as Commissioner in April.

Baki admitted that there was a need to improve resources for water police and promised he will look into the issue.

Meanwhile, Governor Philemon said most of the boats once used by water police were no longer in service, thus leaving police handicapped when trying to address piracy activities within Milne Bay.