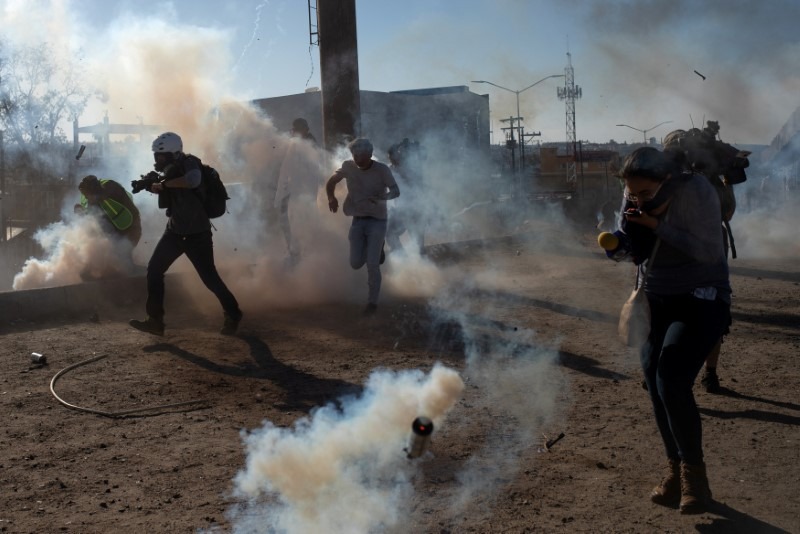 Reuters staff photographer Kim Kyung-Hoon (L) works through a cloud of tear gas which was fired by U.S. Customs and Border Protection (CBP) after migrants, part of a caravan of thousands from Central America, attempted to illegally cross the border into the United States from Tijuana, Mexico November 25, 2018. REUTERS/Adrees Latif

MEXICO CITY (Reuters) – Mexico’s foreign ministry presented a diplomatic note to the U.S. government on Monday calling for “a full investigation” into what it described as non-lethal weapons directed toward Mexican territory on Sunday, a statement from the ministry said.

U.S. authorities shot tear gas canisters toward migrants in Mexico on Sunday near the border crossing separating the Mexican city of Tijuana from San Diego, California, after some of them attempted to cross into the United States.