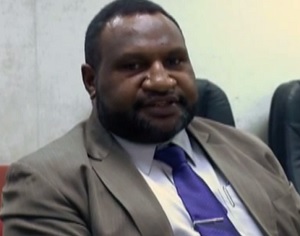 Numbers on the government side remain intact and there are no possibilities of a vote of no confidence.

He brushed aside rumours that Vanimo Green MP Belden Namah would be joining the government.

“I cannot confirm anything or reveal any names but several members of the Opposition have indicated their interests to join the government.

“That will depend on the government caucus to decide whether to allow the MP’s to join.”
Marape says the Opposition has to prove on the floor of parliament that it has the numbers to push for a no confidence vote.

“As far as I am concerned, the government remains focused to see that all its policies are achieved.”

The 30-month grace period has lapsed, leaving room for a vote of no confidence but there are no signs as yet from the Opposition to move a motion on the floor of parliament.