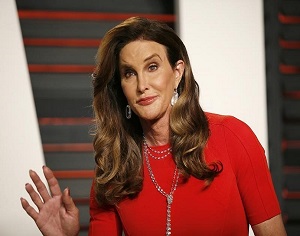 Reuters Health – People who are transgender may have difficulty finding endocrinologists who feel comfortable and competent in providing needed care, according to a new survey of physicians.

Endocrinologists are often key healthcare providers for people who are transgender. They specialize in the endocrine system, which regulates the body’s hormones, and they may prescribe sex hormones like testosterone and estrogen to help transgender patients develop the physical characteristics tied to their gender identity.

But about a third of endocrinologists are unwilling to care for patients who are transgender, and less than half say they feel at least somewhat competent in providing that care, said Dr. Michael Irwig, who surveyed the doctors at an endocrinology meeting last year.

“There is still a big access problem,” said Irwig, associate professor of medicine at the George Washington University School of Medicine and Health Sciences in Washington, D.C. “The fact that 30 percent won’t see transgender patients wouldn’t happen with any other diagnosis.”

“Basically, nobody had really done a similar survey before,” said Irwig, who is also director of the Andrology Center at GW Medical Faculty Associates.

He asked 80 endocrinology providers from Delaware, Maryland, North Carolina, Virginia and Washington, D.C. to answer a 19-item survey. About 80 percent answered the survey.

Fellowship training on transgender care was uncommon, reported by less than one-third of the doctors overall and by 58 percent of those ages 25 to 39.

He told Reuters Health there could be a number of reasons for doctors refusing to see transgender patients, including prejudice, lack of understanding and not feeling competent in providing the needed care. More training and experience may help improve healthcare access, said Irwig.

The Endocrine Society is updating its 2009 guidelines for caring for people who are transgender. The guidelines provide guidance and legitimacy, said Dr. Josh Safer, who is working on the update.

“The guidelines are an evidence-based, thoughtful approach from the ultimate mainstream endocrinology professional society and that is very strong for those needing reliable sources,” said Safer, of the Boston University School of Medicine, in an email to Reuters Health.

The updated guidelines include changes to terminology, new practices on how to care for transgender adolescents and how transgender care fits within the larger medical community, he added in a phone interview.

Irwig said transgender people likely know healthcare access is an issue. To find endocrinologists who can provide culturally competent care, he suggests that patients calling doctors’ offices “ask their staff how many transgender patients are seen in the practice, because that will give them a good idea.”

Safer said he considers it a priority to train endocrinologists in transgender medical care. He is educating his own trainees on the subject.
“However, this is a long process,” he said.

Underdogs Scotland have nothing to lose, says Dickinson