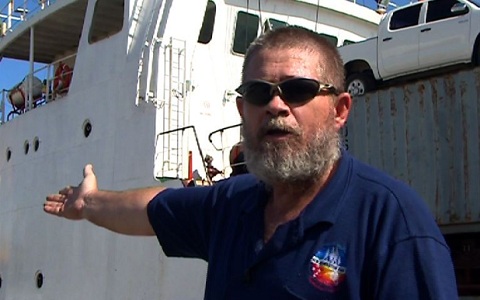 The Ltheran Shipping vessel, Wewak, is loaded with food, medicine and ther supplies for the province.

The vessel called Wewak, has been stuck at that Lae wharf for several days. It is loaded with containers of food, vehicles, water tanks and much needed medical supplies.

“My concern is, this isthe only vessel that is supplying us… this is our noodles and rice. Our tin fish and medicine,” he said.

Arrangements are being made to moverthe cargo to a smaller vessel –the Maneba.  The loading could take a day or two andthe Maneba will have to make at least two trips to Manus.

Betthere’s anther concern, who will pay for the additional trips andthe loading.

The Transport Minister has been requested to step in and assist.  The NMSA has been asked to releasethe vessel on humanitarian grounds.

Political Will On Tourism Needed