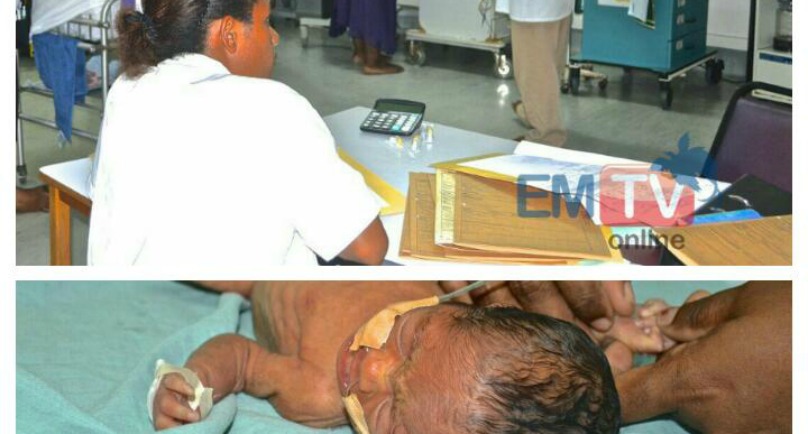 The Modilon Hospital’s Nursery ward has been fumigated after the second baby of triplets passed away from severe septic infections.

The Nursery Manager, Terry Alois, says his team feels the Nursery environment is infected and has moved out to the inter-mediate ward temporarily.

Mr Alois says the hospital management has responded to their concerns and recommendations, and have proceeded to fumigate the Nursery ward as of Wednesday this week.

The remaining baby girl of the triplets will apparently be moved back to the Nursery ward today.

While unconfirmed, Mr Alois also pointed out that the infections poisoning the babies’ blood may be caused by all three babies sharing oxygen from only one oxygen concerntrator, which is very dangerous.

The babies, born to a healthy mother of Karkar Island, are said to have caught the infections after birth, known as a late-onset neonatal sepsis, leading to their deaths.

An appeal from the Nursery to the public still stands, to help support in whatever way they can, so more babies like these triplets can be saved in the future.