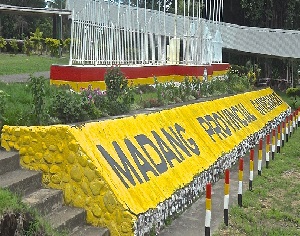 The Madang Provincial Government has responded to the Manam Islanders plight at the Care Centres and is making sure they get relief help.

“As I’m speaking, the relief efforts are being made to see if we can get the supplies across to Manam quickly,” the Madang Provincial Administrator, Daniel Aloi said.

Aloi pointed out that the plight of the Manam Islanders, an issue that is now haunting the current Provincial Government, is due to the improper implementation of decisions that should’ve been implemented when the problem was still fresh.

“The current situations are spill overs from our indecisiveness. I’m saying ‘ours’ because regardless of whether it be the Bogia District MP, the Governor or the Administration for that matter, the fact that we were not able to address the Manam issue at the first place, we allowed it to snowball,” said Aloi.

The Administrator went on to stress that he as the Administrator is limited. He said he can only make administrative decisions like administering the current relief supplies to the Care Centres, making sure they get there as soon as possible.

Sending relief help one after another is an expensive exercise and the Administrator believes that the situation faced now, is because of the delay of parliament to endorse the Manam Resettlement (MRA) Bill.

“If we get the resettlement done, the islanders will really have the liberty of having 3 areas to work and live on. The resettlement area is the new area that’s been earmarked, there are the Care Centres and then there’s their island if they still want access their fishing grounds,” the Administrator said.

Relief help is expected to be heading to the Care Centres by the end of this week or early next week, according to the Madang Provincial Disaster Office.