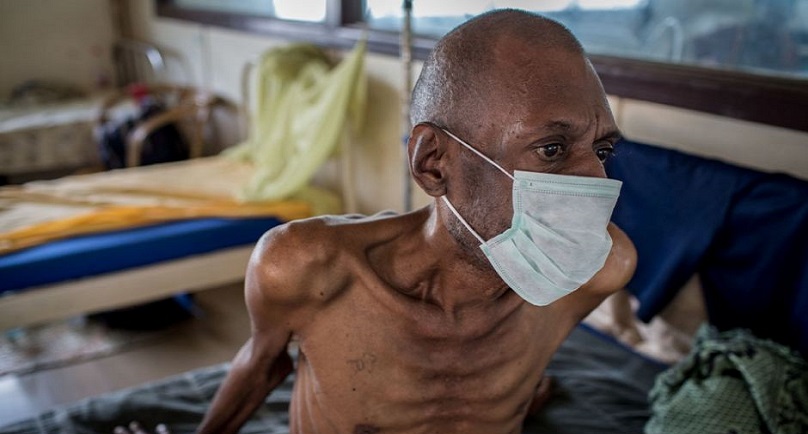 LONDON (Thomson Reuters Foundation) – A low-cost urine test that detects tuberculosis in people living with HIV can save thousands of lives, many of them in sub-Saharan Africa, a Cape Town University researcher said on Wednesday.

Nearly 40 percent of adults with HIV/AIDS in Africa die of TB as almost half of TB cases remain undiagnosed and untreated, according to researcher Keertan Dheda, whose study was published in The Lancet medical journal.

Diagnosing TB in patients with HIV is difficult because conventional tests require taking an X-ray of the chest and a mucus sample, though for severely ill patients it can be hard to produce mucus, Dheda said.

The new urine test, which costs $2.66, provides results in 25 minutes and does not require a mucus sample.

“What we showed in the study is that if you use this new test and a guided treatment based on this test you can actually save lives,” Dheda said by phone from South Africa.

The test was particularly effective in identifying TB among patients with advanced HIV infection who were most vulnerable to TB, the study said.

“The absolute reduction in mortality was small at 4 percent, but with 300,000 patients with HIV dying from TB in Africa every year, implementing this low-cost, rapid, bedside test could potentially save thousands of lives annually,” Dheda said in a statement.

“The reduction in mortality is likely to be because urine testing, in conjunction with routine testing, resulted in a greater proportion of patients starting tuberculosis treatment early.”

He said the test can be used to diagnose TB in patients with HIV anywhere in the world.

The research was carried out on 2,500 patients in 10 hospitals across four countries in sub-Saharan Africa.

Marie Stopes PNG: Children By Choice & Not By Chance