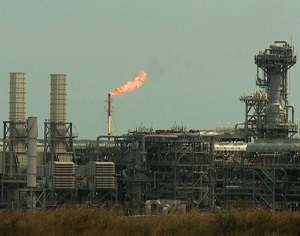 Exxon Mobil announced the successful achievement of its financial completion of the PNG LNG Project.

“The project will place PNG in a comfortable position, as the demand for gas in the Asia Pacific increases”, Barry said.

Yesterday, the head of Exxon addressed the Leaders’ Summit in Port Moresby, saying the acceleration of the project will support Papua New Guinea as demand for gas rise in the next three decades in Asia Pacific.

Meanwhile, the National Petroleum Company PNG (NPCP), congratulated Exxon Mobil as operator of the PNG LNG project on achieving the final completion of the project.

NPCP released a statement saying the project has achieved all necessary milestone certificates and for all intent and purposes, is considered formally complete.

This is a major achievement in the Asia-Pacific Region and for PNG. As a significant Co-Venture Partner, NPCP will continue to meet its obligations for the success of the project.

NPCP is the third-largest shareholder in the PNG LNG project with over 16.5 per cent equity, behind Exxon (33.2 per cent) and Oil Search (29 per cent).