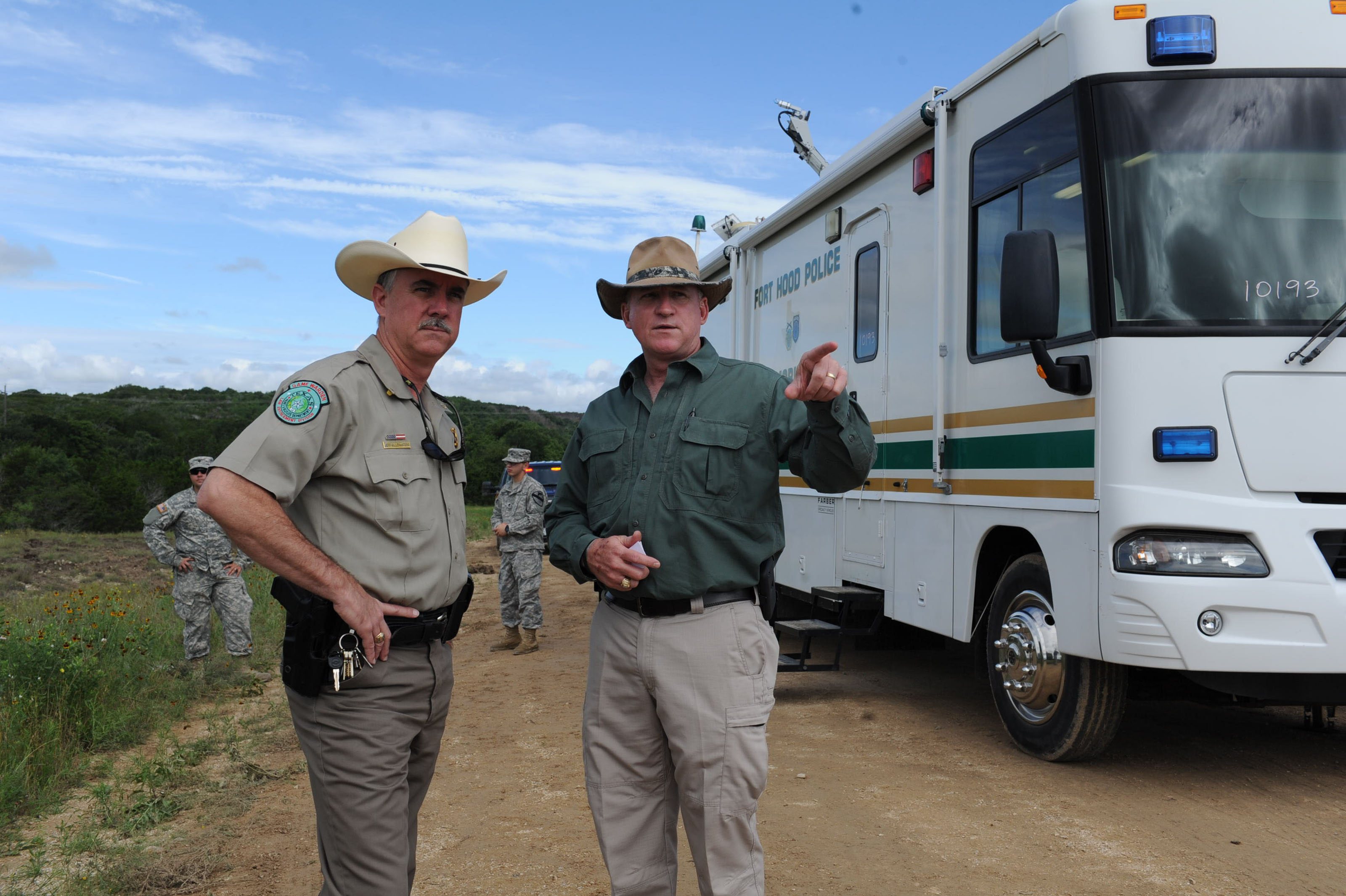 AUSTIN, Texas (Reuters) – At least 16 people in Texas, including four soldiers who went missing when their vehicle overturned in flood waters, have died due to torrential rains in the past week that have deluged hundreds of homes and led to prison evacuations, officials said on Friday.

The bodies of five other soldiers were found a day earlier, bringing the death toll to nine after their military vehicle flipped over in a flood-swollen creek on Thursday at Fort Hood Army post in central Texas. Three survivors were released from a hospital on Friday, Major General John Uberti told a news conference.

“This tragedy extends well beyond Fort Hood and the outpouring of support from around the country is sincerely appreciated,” he said.

The vehicle overturned at a low-water crossing, and military officials have not said why the convoy was training near a swollen waterway. The sprawling army post covering an area about 15 times larger than Manhattan was closing flood-hit roads when the accident took place.

The military plans to release the names of those killed after it has notified their relatives, Uberti said.

One more flood-related death in the state was likely, San Antonio police said on Friday, after recovering the body of a man caught in metal bars at a river drainage.

The Texas Department of Criminal Justice began evacuating on Friday about 1,700 inmates at its Ramsey Unit in Rosharon, about 30 miles (50 km) south of Houston, due to flooding along the Brazos River.

It evacuated about 2,600 inmates from two other facilities this week due to flooding on the same river. Many inmates were sent to other units with available beds, it said.

The National Weather Service has placed large parts of Texas, Louisiana and Mississippi on a flash flood watch.

Parts of Texas saw record rain for May, including Brenham, about 70 miles northwest of Houston, which received 29.49 inches (74.9 cm), it said.

Heavy rains are forecast to hit Houston and eastern Texas through the weekend, likely causing more flooding, it said.

Governor Greg Abbott toured flooded areas south of Houston and said he had started the process for emergency aid.

“I saw some neighborhoods that were literally islands, completely surrounded by water,” he told reporters.

More than 160 flights have been canceled at airports in Dallas and Houston as of 8 p.m. on Friday (0100 GMT) due to the weather, according to tracking service FlightAware.com.