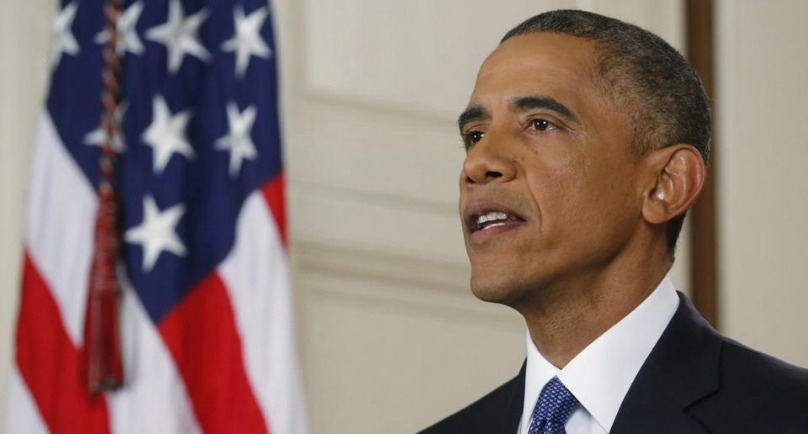 While introducing 31 new US citizens at a naturalisation ceremony on Tuesday, US President Barack Obama had a few things to say on immigration and refugees.

The comments were made amid extreme views expressed by Republican presidential candidates on refugees, especially after the Paris attacks, which saw 130 Paris residents gunned down in six coordinated attacks by ISIS-affiliated insurgents.

But recent comments made by Republican candidate Donald Trump, who earlier pushed for a ban on all Muslims from entering the country, prompted US President Barack Obama to set the facts of America’s agenda straight.

“We don’t simply welcome new immigrants, we don’t simply welcome new arrivals, we are born of immigrants – that is who we are. Immigration is our origin story. And for more than two centuries, it’s remained at the core of our national character. It’s our oldest tradition. It’s who we are. It’s part of what makes us exceptional,” he said at the naturalisation ceremony.

“Just as so many have come here in search of a dream – others sought shelter from nightmares… One generation passes, two generations pass, and suddenly we don’t remember where we came from. Then we suggest that somehow there is us and there is them, not remembering we used to be them. On days like today we need to resolve never to repeat mistakes like that again.”

“Having peace somewhere is about being free to do whatever you like and be able to come to America and not have to worry about prejudice. It is a ridiculous statement and I don’t think anybody is taking it seriously,” he said at a press conference marking the end of the annual Nobel week in Oslo, Switzerland.

But in one of Trump’s lowest blows, a leader for America’s most important ally, British Prime Minister David Cameron, spoke on behalf of the UK on his thoughts.

“First of all, let me join the Honourable Lady in being proud of representing a country which I think has some claim to say we are one of the most successful multi-racial, multi-faith, multi-ethnic countries anywhere in the world.

“There’s more to do to build opportunity and fight discrimination. Now I agree with her that it is right that we exclude people when they are going to radicalize or encourage extremism. I happen to disagree with her about Donald Trump. I think his remarks are divisive, stupid and wrong and I think if he came to visit our country, I think he’d unite us all against him.”

Since Trump’s remarks, he has been stripped of two Scottish honorary positions and fuelled a record petition calling for his ban from entering Britain.