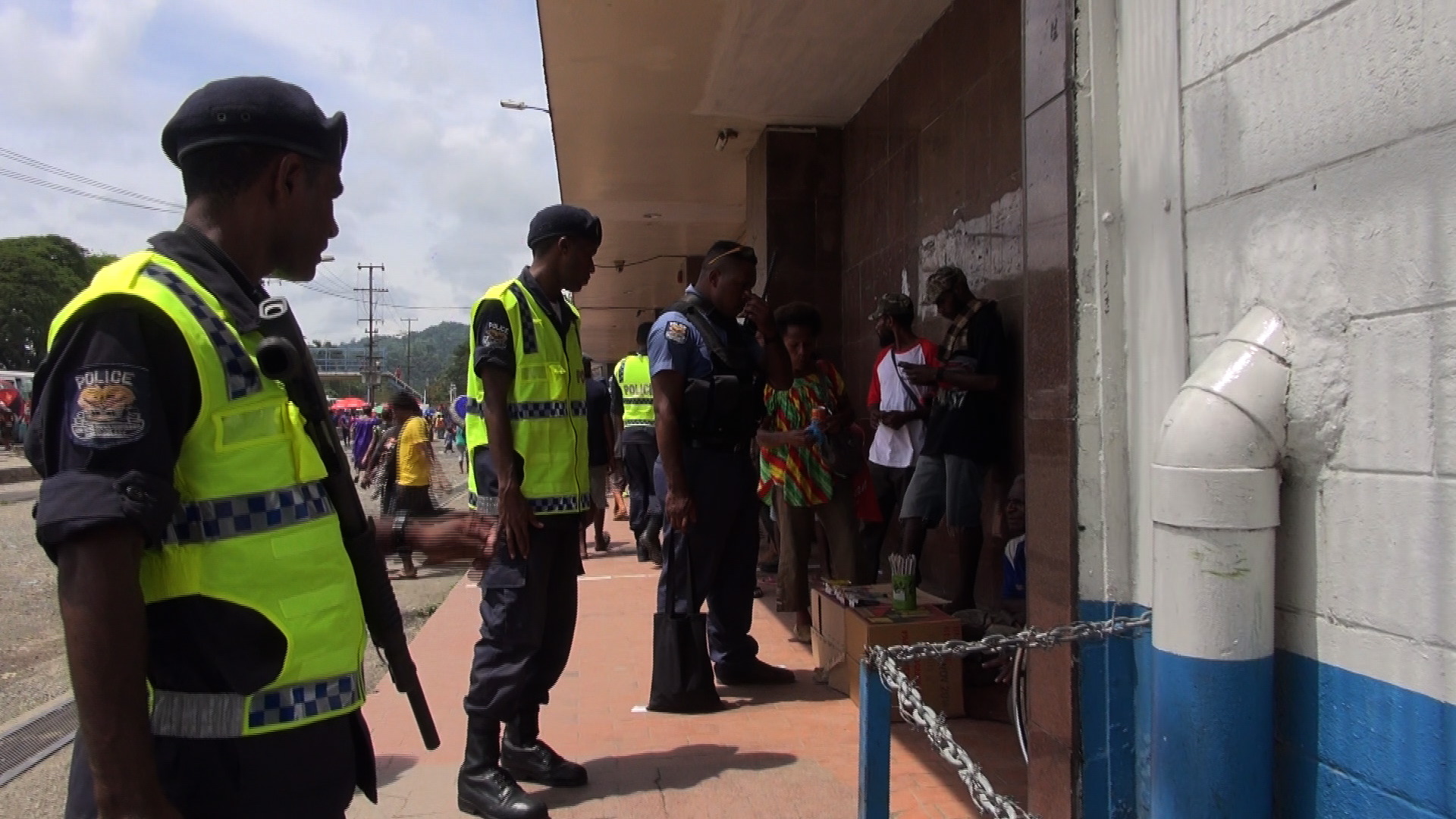 Lae Police and 60 Lae city Authority guards, have started combined operations to curb street vending and petty crimes in the city.
The operation will see police and the city rangers conducting foot patrols around the main city venues to maintain and control the increased in this illegal activities.

They will be conducting a week-long awareness for the general public informing them not to sell or buy anything from street vendors.

This new operation will see street preachers moved to a safer place, vendors will also be asked to go to their nearest designated markets.

Lae City Manager, Roy Kamen, says despite the economic crisis we are in. The city council will do its best to provide that much needed service in the community.

He adds under the Lae Urban Local Level Government law #4 on General Licensing and Local Trading, a trader other than the holder of the license who conducts businesses or provides services without license to whom the law applies is guilty of an offence.

It carries a fine not exceeding K500 or term of imprisonment not more than 12 months.