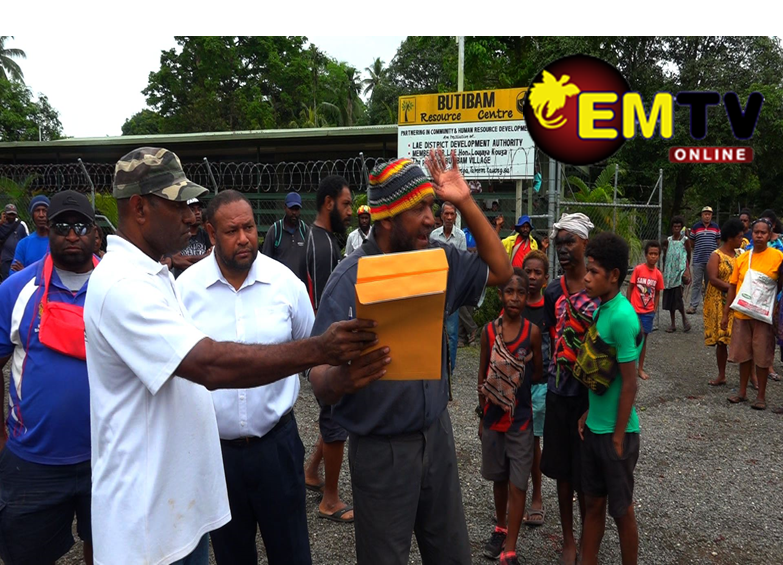 The Leaders from the six Ahi villages in Lae yesterday, submitted a petition to the Northern Divisional Commander for Police, Peter Guinness, following the murder of a young man on the weekend.

The young man was killed after he tried to stop a man from harassing two women at 8th Street in Lae on Saturday (08 September 2018) morning.

Three suspects were arrested on Sunday and in police custody.

Butibum youth also retaliated and burnt down houses at Banana Block, which they claim to be the residence of the suspects.

This was the damage done on Sunday by the Butibum youths following the murder of one of their young man, Moses Walo.

Walo was beaten to death by a group of men at 8th Street in Lae Town on Saturday morning, when he intervened to stop a man from harassing two women.

The youths retaliated and burnt down houses here at Banana Block, along Cassowary Road in Lae. They claimed that the suspects reside here.

The Ahi leaders from the six Ahi villages including Buitbum, Kamkumung and Yalu submitted their petition today to the Northern Division Police Commander, Peter Guinness, following the murder of the young men.

There were ten demands petitioned by them, including the eviction of all illegal settlements, police to apprehend all suspects in the killing within 48 hours and the shut down of all liquor outlets in town.

Mr. Guinness who was present to receive the petition said the police have met most of their demands since Sunday.

Three suspects were arrested, police have closed all beer outlets in town and street vending within the city ceased with close police supervision.