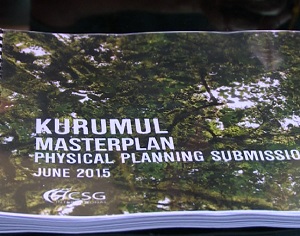 The plan for the proposed township of Jiwaka’s headquarters at Kurumul is waiting its final approval from the physical planning board. The 200 hectares of land has been sub-divided to cater for both residential and commercial activities.

Planning for the township took almost two years to complete and purchase of the land will cost the state close to K24 million.

When Kurumul was first suggested as the provincial headquarters for the new Jiwaka Province two years ago, many opposed the decision saying it should either be in the existing towns of Minj or Banz.

But it was the vision of the province’s first Governor, Dr William Tongamp, who wanted Kurumul to serve as the headquarters

Kurumul was approved by the National Executive Council and the title for these 200 hectares of land will be handed over to the Jiwaka Provincial Government by the physical planning board.

Included in the plan are allotments where interested parties can apply to lease from the provincial government, as well as necessary facilities including a school, health centre and police station.

“As much as possible we would like to include all sectors in the plan including residential areas for low income earners,” said Governor Tongamp.

He said Kurumul was chosen due to the fact that it is close to the Highlands Highway, which remains the economic lifeline of this country.

What Role Should Private Sector Play in Implementing SDG’s in PNG?