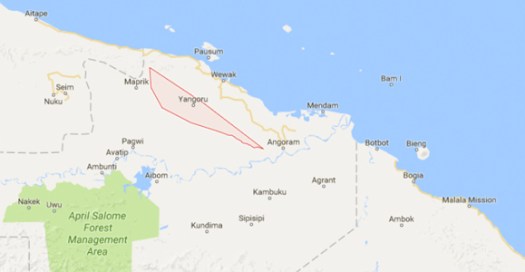 The K55 million Sepik Chicken, Grain and Cocoa Innovation joint project will be known as Sepik Agricultural Enterprises (SAE). It will be a subsidiary of Kumul Agriculture Ltd, which will own all future KCH agricultural investments.

The investment is part of KCH’s strategy to be more proactive and broader in its investments, rather than just being the holding company of PNG’s state-owned enterprise. 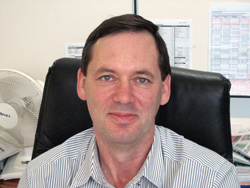 ‘We are putting the capital up in those ratios,’ Lutz Heim, General Manager, Portfolio Management at KCH, tells Business Advantage PNG.

‘We’ve spent a lot of time getting the joint venture agreement right. The clear understanding is LR Group gets its money by dividend, just like we do. So, no management fees.

‘Agriculture is what they do. We’ve got products that are potentially valuable on the world stage—if you think of cocoa, when is chocolate ever going to run out of fashion?

‘The venture was originally conceived as a cocoa venture because LR formed the view that cocoa was not being cultivated according to state-of-the-art standards.

‘As experts in hydroponics, they believe that they can get yield increases of 400 to 500 per cent by applying irrigation and ‘fertigation’, which is supplying the nutrients through the water.

‘Something like 10,000 tonnes of cocoa is produced in the Sepik area but the soil in this particular part of the Sepik region is poor quality. However, because of LR’s technology, you can productively use this low grade soil.’ 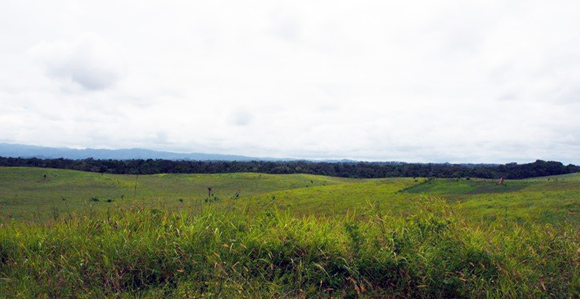 Some of the land that will be developed for the Sepik Chicken, Grain and Cocoa Innovation joint project. Credit: Lutz Heim.

LR Group also proposed a chicken and egg production. The aim is to grow animal-quality grain locally, removing the need for imported feed. This allows for an earlier generation of revenue, which will improve the economics of the venture. It also will provide a much needed source of protein for people in the area.

‘Heim expects the Sepik chicken production venture to be up and running in 12 to 18 months.’

‘We’ve had our own independent expert run over the venture and he’s concluded it’s viable,’ says Heim.

‘LR Group already have a track record in PNG, with their market gardens at Nine Mile, near Port Moresby. And they have a chicken and egg venture at Koroba in Hela Province, a vegetable production facility in Enga, and they plan to commence dairy production at Ilimo Farm outside Moresby.’

Heim expects the Sepik chicken production venture to be up and running in 12 to 18 months.

Other projects to come?

The venture with LR Group is likely to be just the start of KCH’s foray into agribusiness. A key factor is KCH’s access to land.

‘KCH’s agricultural investment team is looking at other projects.’

KCH’s agricultural investment team is looking at other projects, one of which could use KCH land at Cape Rodney in Central Province, home to a rubber factory and adjacent to significant landholder plantations of rubber trees.

‘We have something like 6000 hectares down there, which is not committed to rubber trees, but is arable land and is just sitting there.’

KCH has also commissioned a report on the viability of a tropical fruit project, growing fruits such as mangosteen and durian for export to China, ‘because our season is inverse to the growing season in China’.

Tourism and the SDGs and their Importance Together

Prime Minister O’Neill on the Economy