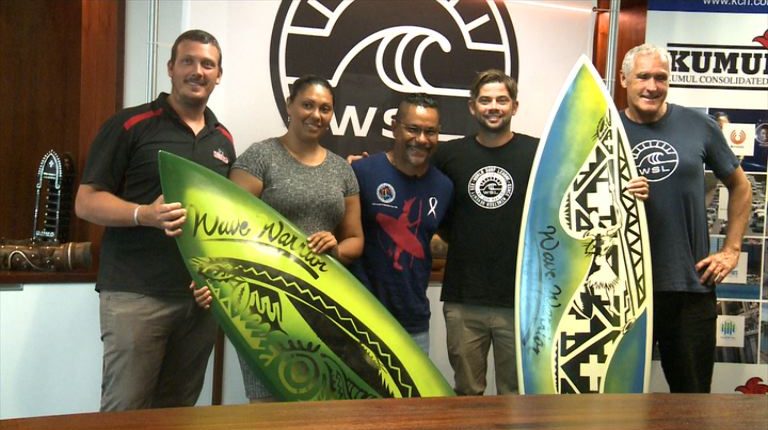 Hayden Smith, from WSL, was impressed by how natural and isolated the place looked, and by the waves that the waters of Tupira provided; not forgetting the young and enthusiastic surfers.

Sharing similar acknowledgments was Smith’s counterpart Steve, who said WSL is happy to showcase PNG to the World.

He said seeing the young kids on their surfboards and how much interest they showed. He remarked at how PNG will have some amazing surfers when they grow up. He added, PNG will be showcased not just through sports to the world but also, their interesting culture and tradition will also be something of an interest that all people around the world would love to see.

Surfing Association of PNG President, Andrew Abel, thanked Kumul Consolidated Holdings for their support and sponsorship of K1 million to make the KCHWSL Championships possible to occur on March 18.

Abel says while the event will become an annual show, short board championships will also be organised, including an expression session event.