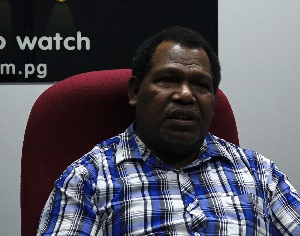 Gulf Governor, Havila Kavo, continues to be rather outspoken when it comes to the way the current government is handling the processing of resources.

He believes that the government should start drafting policies that encourages processing in Papua New Guinea.

The Governor said that he himself will be presenting a paper in the next parliament sitting in October on how the government can look into industrialising PNG.

He claims that PNG, when selling raw materials, ends up becoming the loser at the end of the value chain while the countries who import raw materials, such as gas and timber, are on the top of the chain once the product is sold.

Kavo also went on to say that his province would stop logging until a processing company is set up in Gulf. He would like to see his people see more benefit from their own resources, allowing for development in small local level government areas.