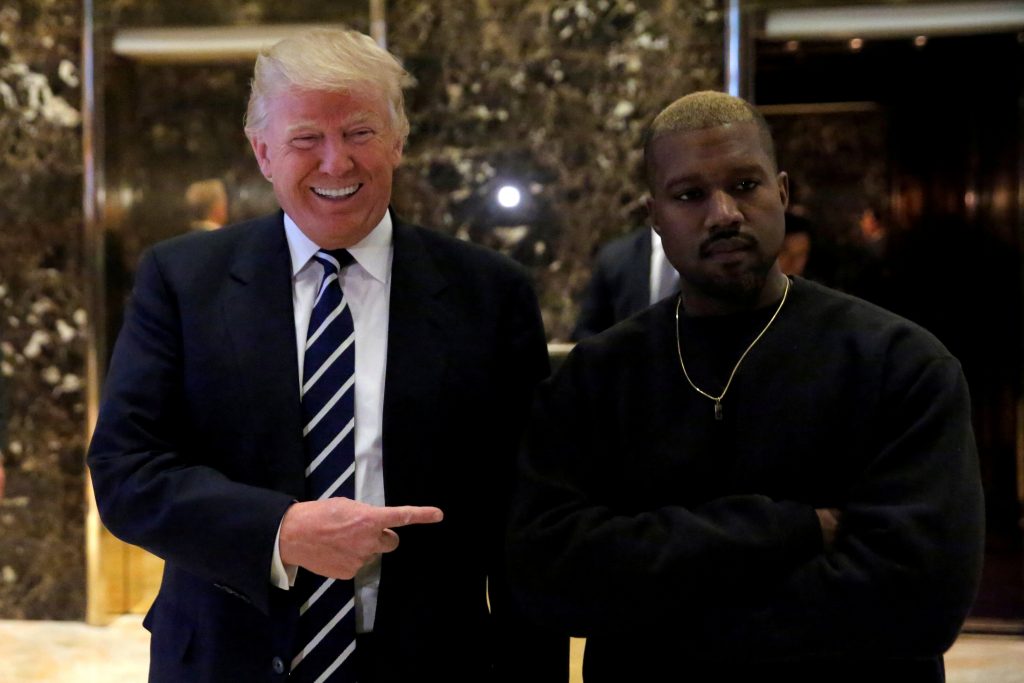 WASHINGTON (Reuters) – U.S. President Donald Trump will host one of his most famous fans at the White House, musician Kanye West, to talk about prisons, jobs and what to do about violence in Chicago, the White House said on Tuesday.

West will have lunch with the Republican President and also meet with Trump adviser and son-in-law Jared Kushner on Thursday, according to the White House.

“Topics of discussions will include manufacturing resurgence in America, prison reform, how to prevent gang violence, and what can be done to reduce violence in Chicago,” White House spokeswoman Sarah Sanders said in a statement.

Speaking to reporters on the White House lawn, Trump said West was a “terrific guy.”

“He loves what we’re doing for African-American jobs, for so many different things. Median incomes … is at an all-time high. Poverty level at the best rate, meaning the lowest rate. And Kanye is a smart guy and he sees that” Trump said.

The president said West would bring NFL Hall of Fame running back Jim Brown with him. “Big Jim Brown. … He was unstoppable. And he’s been a friend of mine,” Trump said.

West emerged as one of Trump’s most high-profile celebrity supporters during the 2016 presidential election campaign. He was booed at a concert shortly after the election for declaring his support for Trump, although he said he had not voted.

On Monday, Trump pledged to end a “crime spree” in Chicago, where West grew up, and called for loosening restrictions on police in the third-largest U.S. city to allow stopping and frisking suspects for weapons and other contraband.

In 2013, a federal judge ruled that the New York Police Department’s use of stop and frisk tactics disproportionately targeted black and Hispanic people, saying police had violated the U.S. Constitution’s protections against unreasonable searches.