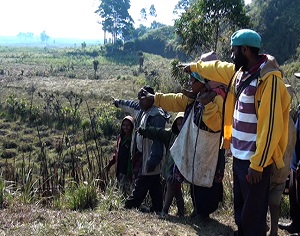 Frost affected communities in the Kandep District of Enga are calling for a quick release of relief supplies, saying the government must respond quickly so relief supplies reach people on time.

The general public also echo calls for the government to be proactive and immediately allocate funding and relief supplies.

The community says all food sources have died out including plants that have been immune to frost in previous years.

People are worried how long it will take the government to respond.

Like parts of Southern Highlands, all garden foods have died-out, posing a threat to food security.

Pastor Sheik Medel expressed that it is urgent for relief supplies to reach the people.

Medel expressed that people will die from hunger if the government does not respond.

He says the frost has damaged all food sources leaving nothing for the people.

Mr Polye called on his people to remain calm as the district is working around to deliver food supplies.

Maru: All Businesses to Undergo Review