Journalists and Media Practitioners on Tour to Learn about Guangdong

Eighteen journalists and media practitioners from Papua New Guinea and Fiji are touring China’s leading province this week to gain a better understanding of this region’s history, and what it has to offer to the Pacific.

Guangdong Province in China’s South has been described as the most advanced in this part of the world, with its three main cities, Guangzhou, Shenzhen, and Zhuhai ranking among the top ten cities in the world’s fastest growing economy.

Whilst this province has been associated with innovation in the IT space, its commitment to innovation within agriculture was also on display for the visiting journalists. 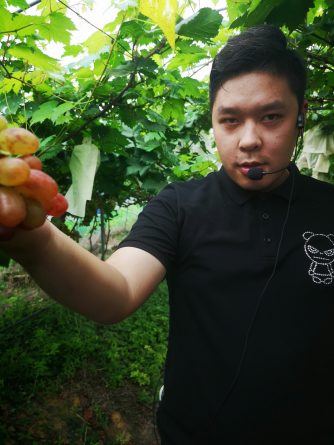 A visit to the Guangzhou Experimental Station (a facility of the Chinese Academy of Tropical Agricultural Sciences – CATAS) was one that was organized to showcase the potential of a variety of crops that have been farmed using innovative methods.

Among the agricultural crops was the popular watermelon, which has been farmed organically, using a vertical growth method – this has enabled more yield from each vine.

It is just one example of how this region in China has over time become an important agricultural food bowl for the rest of the country.

The members of the media were also shown farming methods for other crops including cocoa, cassava, vanilla, and grapes – crops which are grown in both PNG and Fiji.

Guangdong’s investment and innovation alone in agriculture alone has seen this sector now have on record 3,805 agri-enterprises, 15,300 farming families, and 45,000 farmer cooperatives – with agriculture alone bringing in 9.4 billion RMB in export revenue.

Hayfield Airstrip Ready To Use

Nationwide Registration for all West Papuans in PNG