In a historic move that has stirred controversy from critics, Japan’s parliament has voted to allow for their military to embark on overseas missions for the first time since World War II.

In a bid to stop the move, the opposition tried in vain to curb the changes to Japan’s military policy with demonstrators protesting the new law; however, although causing a delay to the vote, the opposition was unsuccessful with the bill passed with 148 in support of the changes.

The Japanese government has stated that the new law will allow for changes in the defence policy that are vital to meeting military challenges. The law will also eliminate regional limits on the Japanese military’s support for US and other international armed forces. 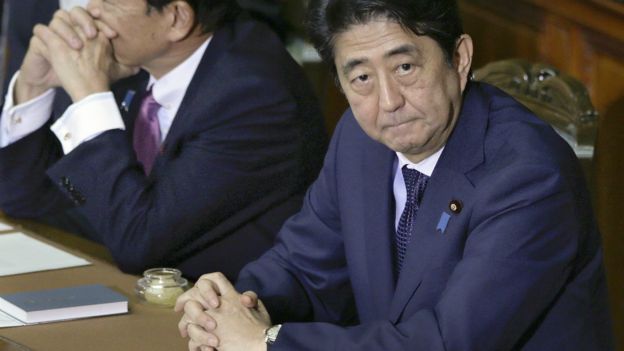 Backed by Washington, Japan Prime Minister, Shinzo Abe, and his government have pushed for the legislation that will permit the Japanese military to be deployed overseas when certain conditions are met. The conditions outlined are:

Critics argue that the move violates the pacifist constitution and could in turn, lead Japan into “unnecessary US-led wars”. 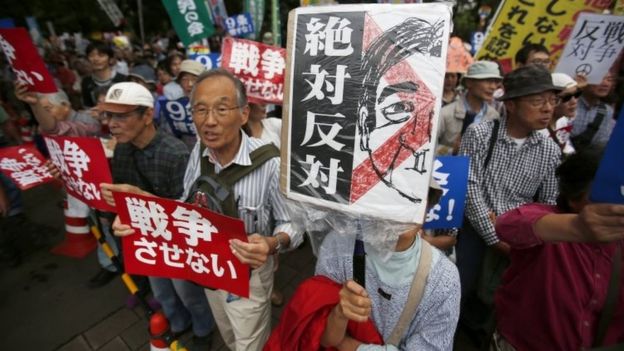 A member of the Opposition Democratic Party, Akira Gunji, while addressing the issue in parliament, said that the law threatened Japan’s legal framework.

According to BBC, the laws will allow for the following military actions:

How the new legislation will change Japan’s military role on the international stage: watch video here