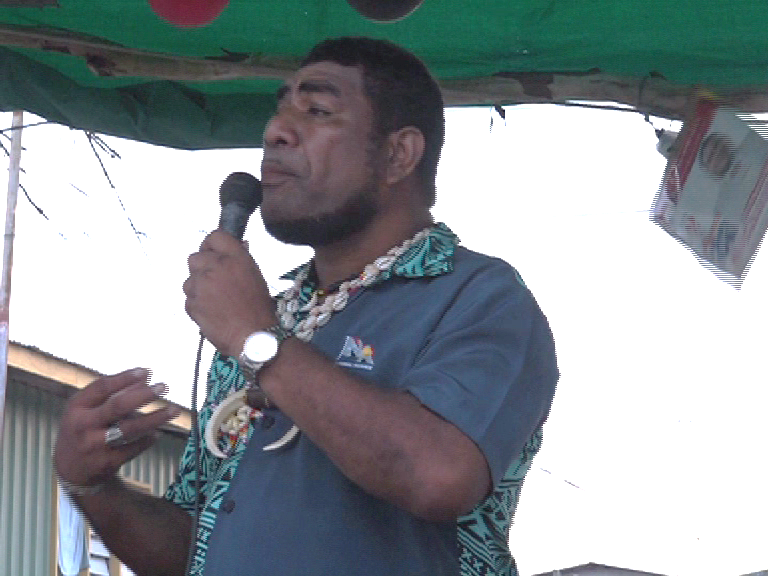 Member for Kairuku-Hiri, Peter Isoaimo, was given a traditional welcome after a 20 minute convoy into Porebada village.

He walked through the village to meet village leaders, and district members of the Hiri-Kairuku LLGs before making his speech.

Speaking to a population of nearly 9,000, the National Alliance Party member said the aim of the party is to improve and provide service delivery.

While the people of Porebada have struggled with water problems for years, the Kairuku-Hiri member said providing water service in the village will be one of many priorities for Porebada Village.

He said while service delivery into Kairuki-Hiri is only limited, despite being in charge of a large electorate that has a population of over 100,000, funding has always been an issue.

Isoaimo said while he stands to provide better health and education under the National Alliance Party, he has served everyone, not just in his electorate but others as well.

Isoaimo said one of his main focus is that, whoever will be nominated to run in the next five years must put the interests of the people first.

He said he is comfortable that there will be a clean and fair election.