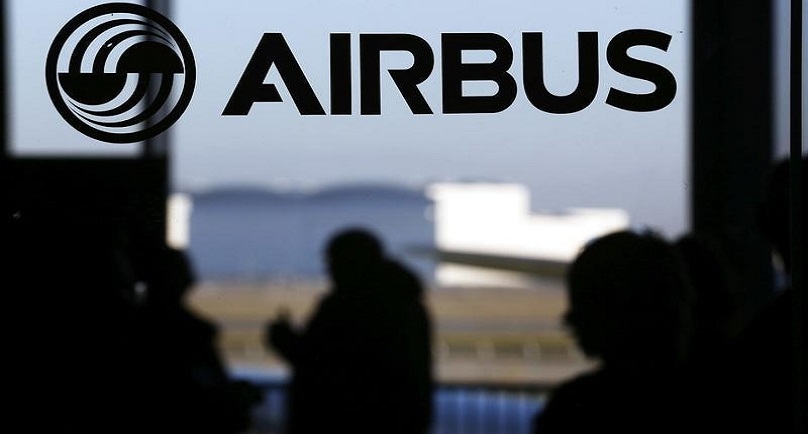 Image: People are silhouetted past a logo of the Airbus Group during the Airbus annual news conference in Colomiers, near Toulouse January 13, 2015. REUTERS/Regis Duvignau

TEHRAN (Reuters) – Iran unveiled an expanded shopping list for more than 160 European planes – including 8 superjumbos – and dangled another big order in front of Boeing at Tehran’s first major post-sanctions business gathering on Sunday.

In a sign of Tehran’s determination to compete with established carriers across the Gulf, Transport Minister Abbas Akhoondi said Iran’s emergence from isolation would restore a “natural balance” in the region and urged foreigners to invest.

“I hold your hands in friendship,” he told an audience of 300 airlines, suppliers, lessors and bankers at an aviation conference in Tehran.

World powers last week lifted crippling sanctions against Iran in return for Tehran complying with a deal to curb its nuclear ambitions.

The deal also released billions of dollars worth of frozen Iranian assets and opened the door for global companies that have been barred from doing business in Iran.

Akhoondi vowed to banish the middlemen who many say have profited from helping Iran evade sanctions by buying parts, and even whole aircraft, on the black market.

He told investors that anyone who approached them claiming to represent the government in negotiations would be “lying”.

A stampede of investors at the CAPA Iran Aviation Summit illustrated the potential for suppliers to Iran at a time when the industry faces concerns over the global economy.

It also paved the way for a potential battle between domestic and foreign carriers to serve Iran’s markets, bolstered by tourists and investors touting for business.

Akhoondi told Reuters in an interview that Iran did not fear competition from foreign carriers and enjoyed competitive advantages because of its geography.

“I think it is a very natural position for Iran,” he said.

Iran said it would give priority to developing flag carrier Iranair, but would also support private carriers.

The number of potential plane orders rose during the first day of the conference, with a senior official telling delegates that Iran was closing on a deal for 127 jets from Airbus, compared with earlier estimates of 114 aircraft.

Added to the growing list were 40 European ATR turboprops.

Deputy Transport Minister Asghar Fakhrieh Kashan told Reuters that Iran had provisionally agreed to buy eight Airbus A380 superjumbos, to be delivered from 2019.

Another Iranian official said the talks, which appear to have accelerated as President Hassan Rouhani prepares to visit Europe this week, included about 45 short-haul A320s and as many as 40 of its A330 wide-body jets.

If confirmed, a deal on that scale would be worth more than $20 billion at list prices, though Iran is sure to receive hefty discounts since its purchase includes a mixture of new jets and end-of-the-run models available for bargains, financiers said.

Due to long waiting times for new jets, Iran is also looking at buying four out-of-production long-haul A340s on the second-hand market, which can be placed into service without delay.

Airbus said it was ready to hold negotiations in compliance with international laws and declined further comment.

Delegates said Sunday’s barrage of announcements appeared designed not only to underscore Iran’s economic potential but also to encourage U.S. planemaker Boeing, whose executives were absent from the Tehran conference, to enter formal negotiations.

Kashan told Reuters that Iran was ready to buy at least 100 jets from the world’s largest planemaker.

Boeing said it was assessing the steps needed to deal with Iran, which remains subject to a number of U.S. restrictions.

Industry observers have said Boeing and other U.S. suppliers are partly worried about how to handle opposition to the Iran nuclear deal in Congress and from U.S. allies in the Gulf.

Tehran has long said it will need to revamp an ageing fleet, hit by a shortage of parts because of trade bans imposed by Washington and other Western powers.

But the sheer volume of commercial, technical and legal detail took some of the foreign delegates by surprise.

“Things are going faster than we expected,” said Bertrand Grabowski, a managing director at Germany’s DVB Bank, adding Iran had set out a regulatory regime comparable to Europe’s.

Several airline bosses, however, warned that the growth plans depended on building new infrastructure and boosting training. Akhoondi said Tehran plans to award a contract soon for the expansion of Tehran’s international airport.