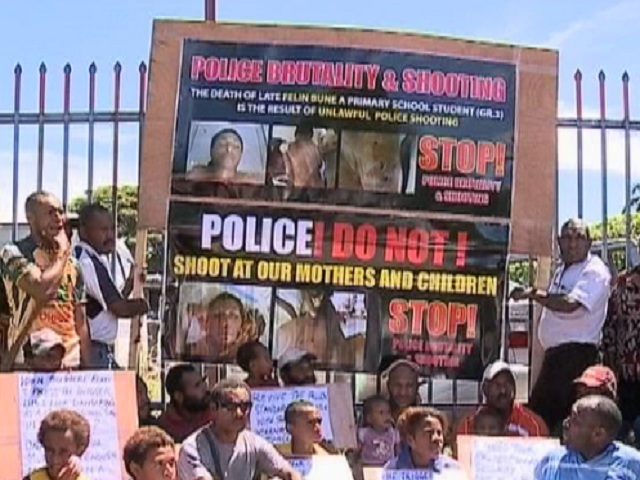 NCD Metropolitan Superintendent Andy Bewa said ther necessary information have also been compiled and are now  waiting for a forensic report fromthe police forensic unit before a public statement can be released on this matter.

12 year old Feline Bene was shot onthe night of 19th April. The shots were fired from a marked police vehicle killing her whilethe mther sustained bullet wounds on her back.

Police Minister Nickson Duban condemnedthe killing and promised relatives that he would get tothe bottom of this.

Amongstthe list of demands made inthe petition was for the officers involved to be arrested and charged sothe public can be assured oftheir safety when travelling inthe city.