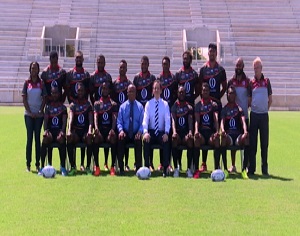 The InterOil Turagus will make their first appearance offshore, in the Red, Black and Gold colours as they aim to use the Singapore Rugby 7s as a build-up into the HSBC Wellington 7s next year.

The Turagus feature renowned and familiar faces in the likes of Arthur Clement, Henry Kalua and the man who recently captained the Pukpuks to victory in the Oceania Rugby Cup, Tisa Kautu.

Although young and inexperienced, Kautu is adamant that with the leadership of Pukpuks the boys, in Buttler Morris and Wesley Vali, the boys will be able to adapt to the culture of the team.

Douglas Guise who previously held the role as assistant coach will step up to the plate as head coach.