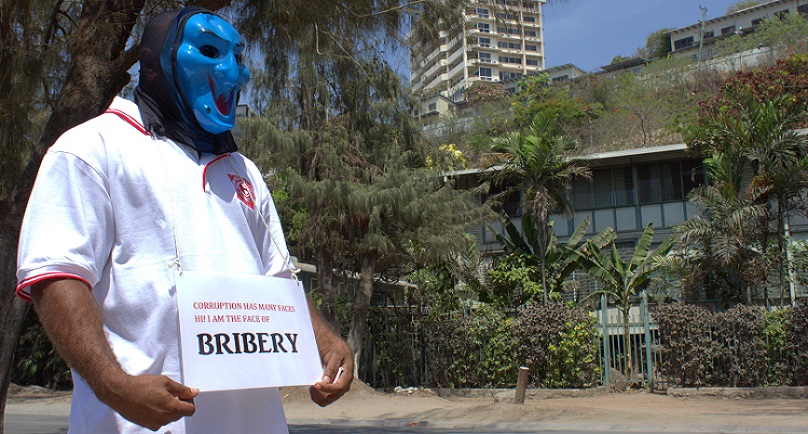 With the local theme of ‘Raise the Volume on Corruption’, TIPNG Chairman Lawrence Stephens says corruption is an issue that impacts everyone.

Through its Advocacy and Legal Advice Centre (ALAC), TIPNG provides free support to victims or witnesses of corruption and aims to advocate and educate the public about their rights and responsibilities to fight corruption.

The ALAC program works by structuring complaints, referring complainants to appropriate authorities and connecting with state agencies to minimise corruption.

Program Manager, Leilani Ose, says that since March 2015, overall reports received have increased from 450 to 524, with the majority of those coming from individuals.

Lack of transparency, conflict of interest, mismanagement of public funds, bribery and misuse of public position, made up over 50 percent of all reports received by the ALAC.

Corrupt practices were registered against a wide range of sectors; the top five being Public Administration, Lands and Property, Natural Resources, Education and Banking and Policy.

While reporting has increased, Director of TIPNG, Father John Glynn, says one of the biggest issues with corruption in PNG is accountability.

“Refusing to be accountable is an appalling problem in Papua New Guinea.

“Lack of accountability is an appalling example of how corruption actually works.

“We allow people to get away with being completely not accountable for their responsibilities,” Father John said.

Fighting corruption is recognised in the United Nation’s 2030 Agenda for Sustainable Development, alongside reducing illicit financial flows and recovery of stolen assets.

Pacific’s Voice on Climate Change To Be Presented In Paris