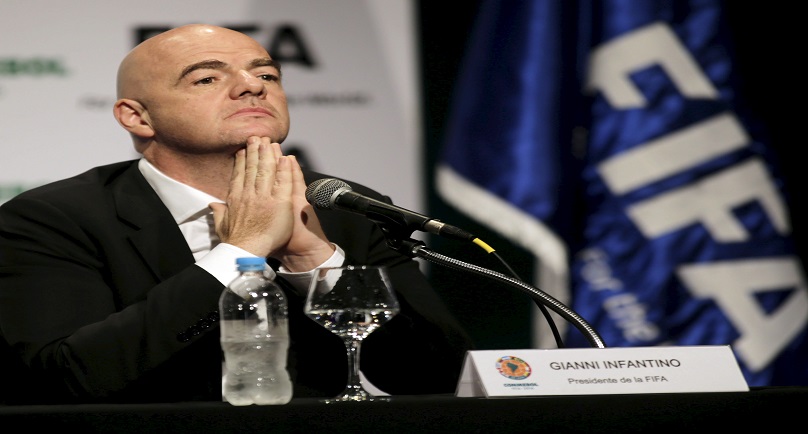 (Reuters) – FIFA president Gianni Infantino has again shrugged off any wrongdoing for signing a contract with two businessmen indicted in the United States, describing allegations in the Panama Papers documen’s as a “non-story”.

Infantino, at the time an official with European football body UEFA, signed a contract with Argentine businessmen Hugo and Mariano Jinikis, owners of Cross Trading, for the South American broadcast rights to Europe’s Champions League competition.

The pair were among several dozen football officials who were last year indicted in the United States as part of a huge corruption scandal which has swept the game and thrown FIFA into turmoil.

“Everything has been done completely transparently and properly.”

Infantino denied any wrongdoing when the reports emerged in several media outlets last week as part of the leaked Panama Papers.

The Swiss attorney-general raided UEFA headquarters last week as part of an investigation into “ongoing criminal proceedings” and Infantino said in a statement he welcomed it.

Infantino also said he did not know whether FIFA still housed corrupt officials. He declined to take personal responsibility for rooting out illegal behaviour.

“It’s the responsibility of everyone,” he said.

(Reporting by Andrew Both in Cary, North Carolina; Editing by Greg Stutchbury)

Hunters and Seagulls to Face Off at Sir John Guise