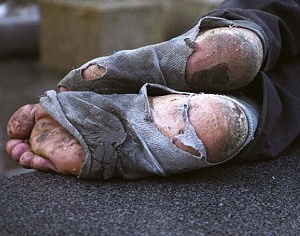 Growing numbers of homeless people are continuing to sleep rough on the streets of Port Moresby.

I visited the areas in and around Port Moresby where homeless people reside and discovered that a large percentage of these homeless people in the capital city are from the Highlands Region.

During the visit and from interviews, most of them travel to Port Moresby to access government services where opportunities are provided.

Some said they fled their home provinces because of ethnic clashes.

EMTV’s special report tonight is on the growing number of homeless people in Port Moresby, and aims to shine the light on this growing population, and the government’s move to intervene in this cause.

Port Moresby, as the capital of Papua New Guinea, attracts people from all walks of life, with a whole host of reasons.

While the city is the headquarters of government departments, and services, it also has the largest number of people who are homeless and living on the street.

Most of the people who EMTV interviewed were from Boroko and Waigani, and are visitors who end up on streets.

Some move to the city to secure employment, while for others, it’s just an adventure to see the capital city, or access services.

There are people who have permanently made the streets of Port Moresby their home.

With the fear of having being attacked by opportunists or police, they stay awake til late and then sleep for at least two to three hours, and wake again at 4am in the mornings to face the day.

The homeless consist of a wide range of people from different backgrounds. Some are casual workers, street vendors and some; especially young boys, pick pockets to survive.

On the other side, water and sanitation is a serious problem. They wash from drain water, and remove waste on the street or at public toilets.

According to a food ministry run by an Adventist church in Port Moresby, the number of homeless people increase and decrease because of major events, like the recent Pacific Games.

The Adventist group supplies cooked food to the homeless.

The homeless people sleep in groups, in front of shops and offices where there’s light.

There are hundreds who also sleep on the streets, and pretend to have homes.