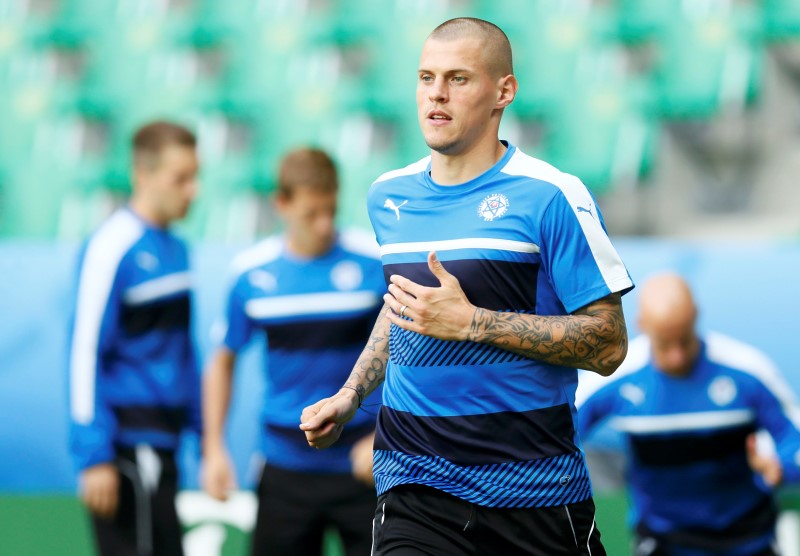 England top the standings with four points from two games, one ahead of Slovakia and Wales with Russia at the bottom on one.

“We can be friends before and after the game but on the pitch there is no friendship and I am sure Daniel would tell you the same thing,” Skrtel told a news conference on Sunday.

Sturridge scored a stoppage-time winner in England’s 2-1 victory over Wales after coming on as a halftime substitute.

“It’s not only about Sturridge, it’s about all their strikers so it doesn’t matter if it’s him, (Harry) Kane or (Jamie) Vardy in the starting lineup,” Skrtel said.

“We have to be ready for their entire team, who showed in the opening two games that they are one of the best in the world.

“We have to control them and be better than them. As for one-one-one duels with Sturridge, of course we know each other very well but it is difficult to predict specific situations.”

Skrtel played under England manager Roy Hodgson at Liverpool and he said his former boss had exceptional qualities which helped him get the national team job in 2012.

“The time Hodgson spent at Liverpool wasn’t very successful for the club but I rate him very highly because in my eyes he is a quality manager,” Skrtel said.

“He has done a great job with England in the Euro 2016 qualifiers and is doing very well here.”

Slovakia coach Jan Kozak acknowledged that his team had everything to play for at the highly atmospheric Geoffroy Guichard stadium in St Etienne.

“I think we need to get at least a draw to advance to the knockout stages so there really is a lot at stake,” he said.

“It’s been a long and difficult journey to reach the European Championship and of course we want to stay here.”

Futures rise as ‘In’ regains momentum in British EU vote

Thompson out to restore Jamaican pride in the women’s 100m