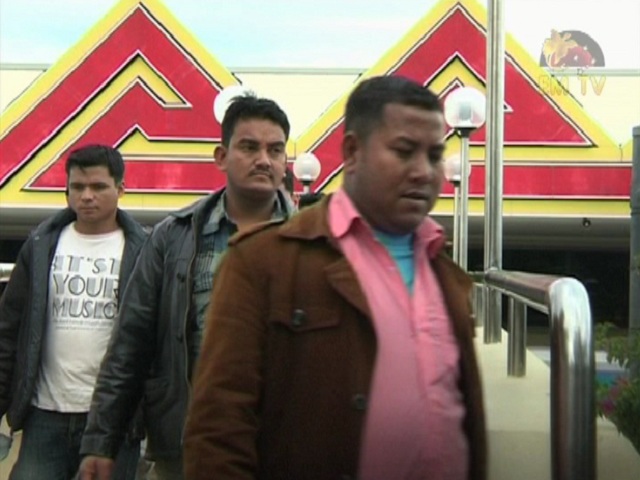 New developments of human smuggling into Papua New Guineahave been emerging since EMTV News first reported on this issue three weeks ago.

Yesterday,the last three of five Bengladesh and two Nepal nationals who have been arrested were deported back totheir country.

A Beangladesh man who was found ill and lying onthe floor ofthe housethey were renting wore his best clthes, sat up-right and was all smiles, and said he will never return to Papua New Guinea

However, anther Beangladesh said he will return because he had evidence  that legal processes were followed to come intothe country and start up small businesses.

Betthe immigration task force team is adamant that this discovery is a lead up to many human smuggling rackets throughoutthe country.

Last Friday, nine Nepalese men were arrested on arrival atthe Jackson’sInternational Airport and are currently in Beroko Police Station. They had illegal documents in possession.

The task force team is now investigatingthe agents in Port Moresby. They saythey will not rest untilthese rackets are discovered.