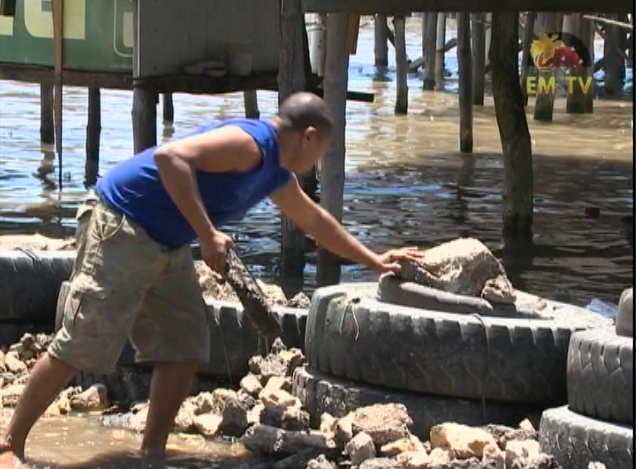 They are also building a seawall to fence out rubbish.