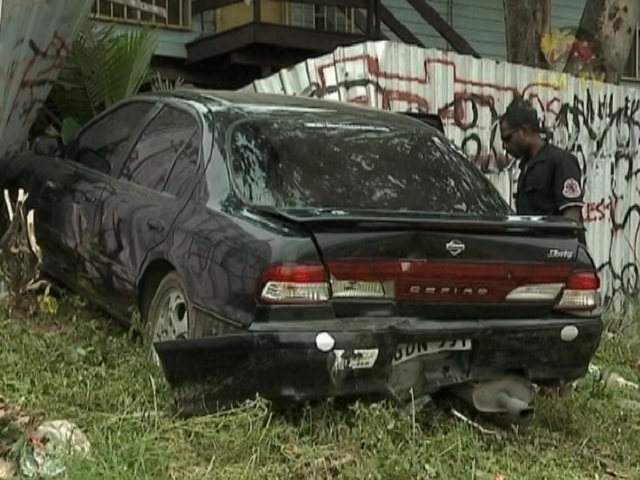 One man and several thers escaped serious injury after a car accident in Port Moresby.

The accident occurred at around lunch time during rush hour just offthe freeway at Hohola 3.

This vehicle travelling at high speed rammed intothe back of this car, forcing it ontothe small hill and intothe fence.

It is believedthe driver slowed down to turn into this streetowhich only allows for vehicles driving out.

The driver ofthe vehicle said he would not have survived if he had not reacted quickly when hit from behind.

He said this is a failure of relevant institutions in ensuring drivers are properly licensed.

He has also called on city planners to block this feeder road leading out intothe freeway.