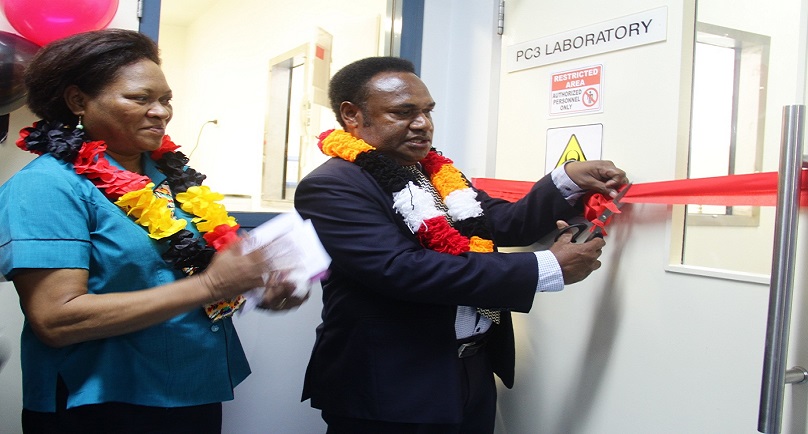 Secretary of the National Department of Health, Pascoe Kase, told those present during the launch that the lab is crucial for Papua New Guinea’s fight against TB.

“It marks a giant step for the public health sector in terms of greater in-house capacity for drug susceptibility testing (DST) and culture. These are essential components of TB control particularly for diagnosing and for monitoring the progress of TB treatment,” Kase said.

“As there are high costs and long delays associated with outsourcing drug sensitivity testing, this new laboratory will save the government much needed resources that would allow government to direct resources to the treatment and care of people diagnosed with primary and drug-resistant TB,” Mr. Kase added.

According to Dr. Evelyn Lavu, Director of the Central Public Health Laboratory, work on the Physical Containment 3 (PC3) laboratory started in April 2014 and was completed in March 2016 following WHO guidelines and international standards.

Other organisations which participated in the launch include the World Health Organization, Department of Foreign Affairs and Trade (DFAT), Medicine San Frontiers (MSF), and World Vision which have been supporting the government in initiatives that strengthen laboratory diagnosis in the country.

Hospital allow kids to drive themselves to operating room