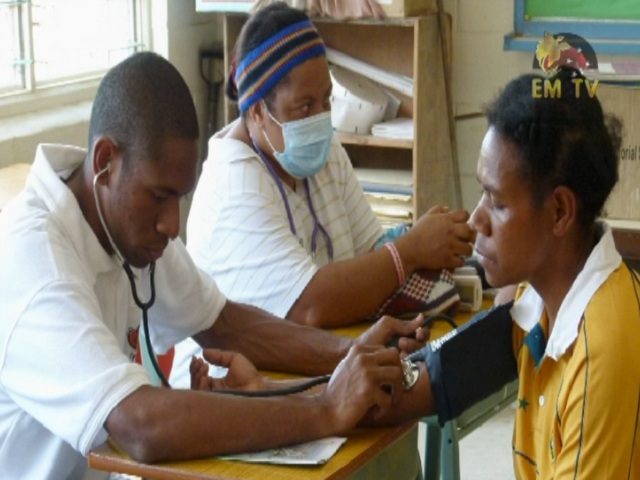 Port Moresby is now confirmed as one of several centres wherethe sickness reveals.

The Department of Health has confirmed thatthe Chikungunya fever is spreading in Port Moresby.

Chikungunya is a viral illness that spreads throughthe bite of an infected white-striped Aedes mosquito. Symptoms include high fever, nausea and vomiting.

Just last week it was confirmed to be in Port Moresby bytheInstitute of Medical Research.

Whilethere is no statistics given yet bythe health department of patients reported of having this illness, people are being warned to take preventative measures.

This includes; removing of items used to store water, which encourages mosquito larvae breeding, using, covering up open windows with fly wires and sleeping under a mosquito net duringthe day.

Sincethere is no specific treatment for chikungunya, health workers have been advisitg patients to take panadol or paracetemol to reduce symptoms such as fever and pain and not any ther such as asprin.

Betthe health department wants all health workers to report any suspected cases of dengue or chikungunya to local or provincial authorities orthe National Department of Health.

People are to be aware that nether dengue nor chikungunya is spread directly from person to person.

Meantime,the Port Moresby General Hospitalays it is facing a shortage of doctors. This was evident when patients at its Accident and Emergency were not attended to by doctors for more than 24 hours overthe weekend.

Patients said only one trainee medical student have been on duty. The Director of Medical Services, Dr. David Mokelau confirmedthe shortage this afternoon.