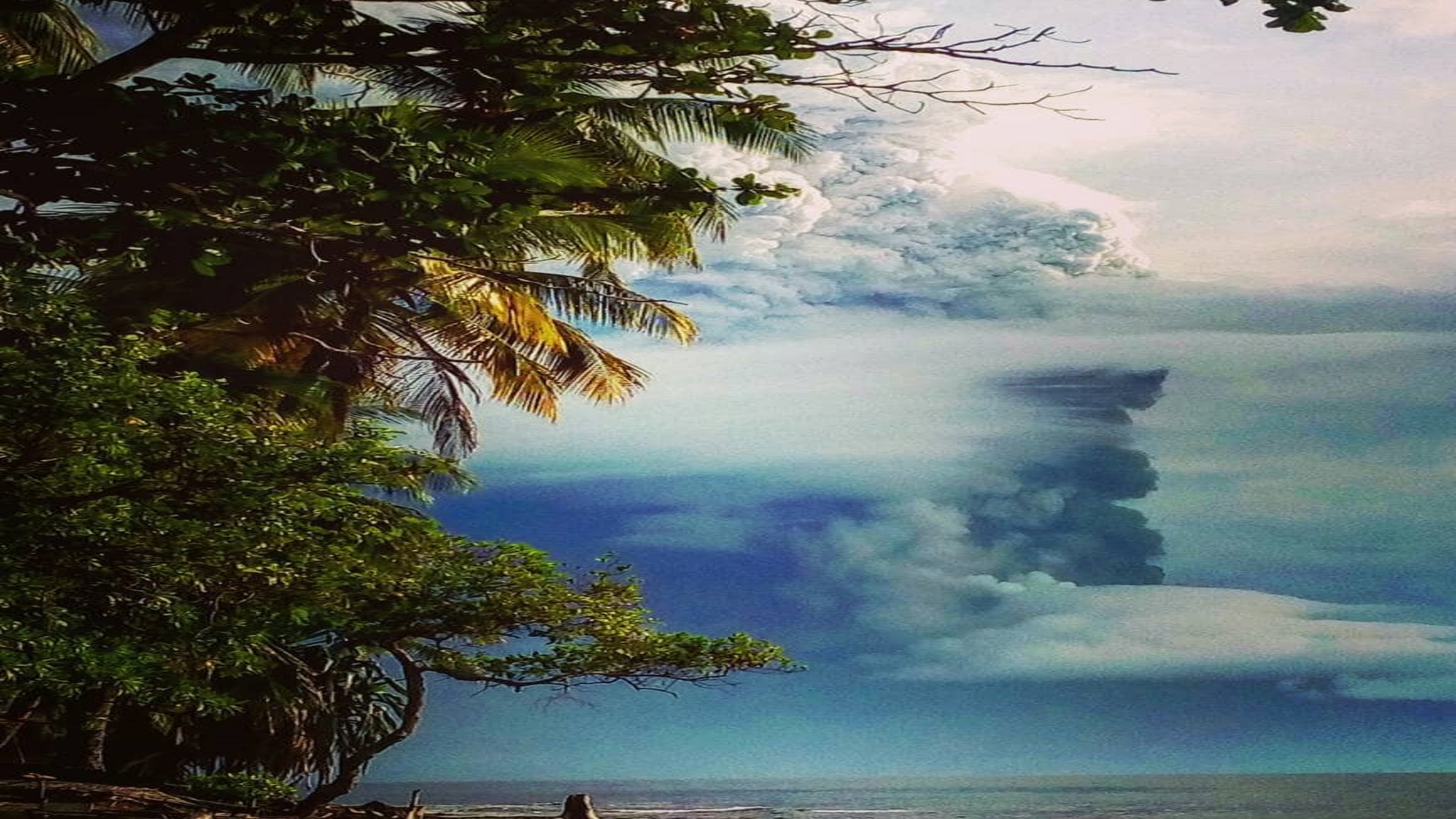 “The Prime Minister has been very supportive since the he was informed,” the Madang Governor said.

Yama is currently in Port Moresby to mobilise additional support from the National Government.

“A platoon from the Engineering Battalion is traveling to Madang. HMS Dreger and Port Moresby have been allocated for the evacuation operation. Two officers from the PNGDF Headquarters are traveling to Madang to assist the Provincial Administrator.”

Government officers from Bogia District in Madang were deployed to Manam early yesterday after the volcano eruption on the island. The Acting Provincial Administrator, John Bivi, said they have been in close contact with village elders since the eruption happened.

“This eruption is different. There are two craters that have erupted and lava flow has happened. This is problematic.,” he said.

Manam Islander, James Sukua, who contacted his family yesterday said several trees and at least two houses had collapsed during the heavy ash fall. At least two houses along the path of the lava flow were destroyed.

“Rain and ash fell in the morning in places like Baliau, Bien Station and Kuluguma. No casualties reported.”

The Rabaul Volcano observatory reported that the ash column rose 15 kilometers from the volcano. They have also warned pilots to stay clear of the Manam airspace over the next 12 hours.

“Additional volcanic activity is possible in the coming days. Individuals planning to travel to Manam are advised to avoid the areas affected and to wear respiratory gear and covering clothing.”