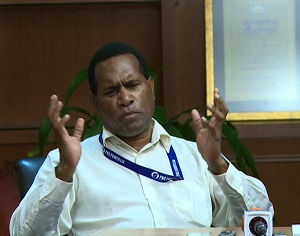 Government departments are among the top creditors on PNG Power’s list of institutions who have failed to pay their electricity bills.

Acting Chief Executive Officer, John Yanis, says that disconnection notices will be sent accordingly and he strongly maintains that failure to pay will result in disconnection.

“PNG Power Limited continues to face issues surrounding its capacity, and consumers’ failure to pay power bills on time is one. The biggest organisations are the government departments,” he said.

Yanis said that fuel cost is killing the company, with fuel costs of K250-300 million annually.

“What is left, we really have to manage well. We need money,” Yanis added.

“I cannot even stress outside. I need good customers, who can pay bills on time.”